Nuclear weapons have been around for 70 years. They are an old technology, and the norms and institutions that govern them are fairly well established. Emerging technologies, however, could create new problems for governance, disrupt those institutions, and force the world to rethink how to avoid the use of nuclear weapons. The Stanley Center’s new programming focuses on this problem. This article explores the dynamic landscape of technology governance—to understand solutions relevant for nuclear issues and for international security more broadly. 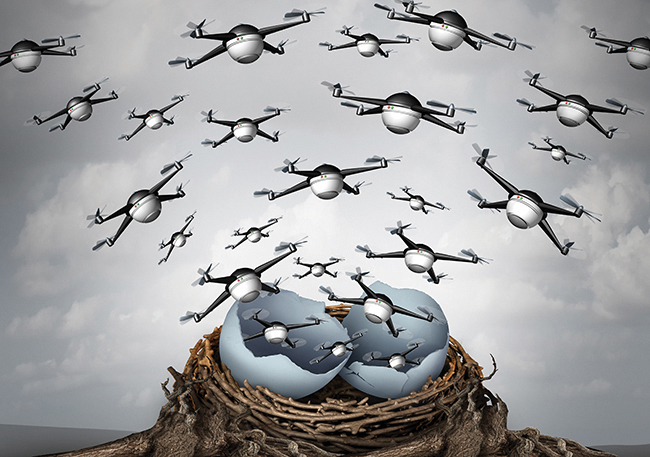 The world often waits to regulate weapons until after they have had a shattering impact. You see this lag today in calls for control and restraint after cyberattacks in Ukraine or following the expanded use of lethally armed drones in war zones around the world. But the pace of new weapons development is accelerating, technology governance is lagging further behind, and geopolitical relations are growing tenser. These trends are part of a fundamental transformation in international security and the future of warfare.

It is more necessary than ever to get ahead of these trends and seek solutions before the world experiences intolerable consequences of newly weaponized technologies. Doing this will require working with nontraditional stakeholders to redesign the global dialogue on technology governance.

Multilateral efforts to mitigate the severe risks of certain weapons are stovepiped and disjointed. Different kinds of threats—such as nuclear, chemical, biological, cyber, or lethal autonomous weapon systems—have their own international committees, conferences, and state party meetings. Each has different configurations of states involved and often reflects a similarly fragmented national response to technology.

This structure no longer makes much sense, as new threats are emerging primarily at the intersections of technologies. For example, imagine targeted biological weapons, optimized by machine learning, manufactured in a garage laboratory, and spread using an off-the-shelf quadrotor drone. Such a complex weapon cuts across existing institutional boundaries and jurisdictions.

Multilateral structures also assume that the main threats come from states. This is no longer valid, making traditional state-focused governance mechanisms less relevant. Many of the technologies are used and produced by companies or individuals for commercial applications. Much of the necessary knowledge for developing technologies is available online.

Because of such challenges, we are ill equipped to answer big questions about technology governance and international security.

How does International humanitarian law apply to new technologies that become weaponized? When things go wrong with a new weapons system, does the legal and moral responsibility sit within the military chain of command or with the system’s programmers? Where does accountability fall when technology reacts badly to a new situation, when data get corrupted, or when coding errors lead to human harm? The world lacks a commonly agreed on framework to navigate such grey areas.

There needs to be a new way of thinking about global norms when it comes to deployment of new technologies. There also is a need for a new, global platform to monitor, consider, and make recommendations addressing the implications of emerging technologies for international security. Such a platform would have three imperatives.

First, it would need to involve the private and public sectors. The purpose would be to enable and encourage greater transparency about the capabilities of new inventions with a “safety first imperative,” even when weaponization could not be further from an innovator’s mind.

Second, it would need to find ways to move beyond traditional, intergovernmental rule-making approaches in order to develop creative regulation of new technologies. This would require countries to fundamentally rethink nonproliferation and disarmament to emphasize practical measures that strengthen global, regional, and national norms. As technological progress democratizes the ability to inflict large-scale damage, time-honored tools to prevent escalation of disputes—treaties, conventions, international organizations, concepts of deterrence—are more important than ever but also increasingly difficult.

Third, it would need creative solutions for how to make any form of governance agile. Governance needs to include industry initiatives, laboratory standards, testing and certification regimes, and insurance policies. Legal and regulatory regimes are typically more slow moving by design and, though necessary to ensure compliance, also risk stifling progress if not seen as part of a wider and agile governance mechanism.

International law limits the choice of weapons, means, and methods of warfare through its general rules and the conduct of hostilities but also through its specific treaty and customary rules, limiting and prohibiting the use of certain weapons that cause unacceptable harm. These standards and principles are as relevant as ever but must be applied during the conception phase of technology development. Trying to address risk post facto is no longer an option. It has to be in the early architecture of what we are developing and a key component of a preparedness strategy: security by design.

This will require more than institutional procedure reforms or merrily establishing a new venue for negotiations. It will require concerted effort to build trust, confidence, and greater understanding of what is at stake. It will require bringing in stakeholders from across the diplomatic, scientific, business, legal, and regulatory fields. It will require greater literacy at all levels, from decision makers to aspiring entrepreneurs, to ensure that innovation is accountable, responsible, and transparent. 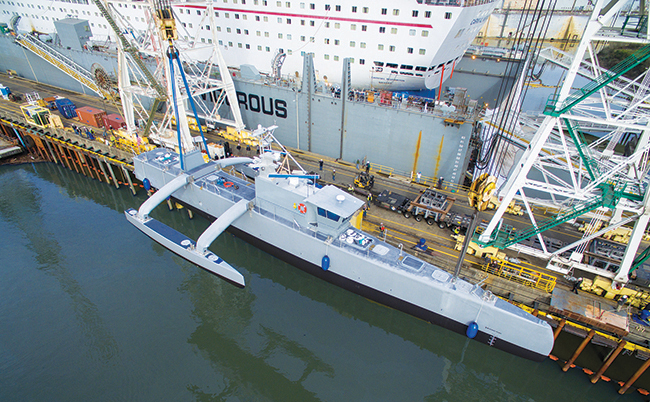 A new approach to the oversight and governance of new technologies would map the interests of relevant stakeholders as well as existing efforts to develop a shared concept on mitigating the international security implications. It would identify champions in a spirit of collaboration. It would work to debunk myths and identify gaps or blind spots. It would build a repository of knowledge and practices. It would further public and policy literacy.

This article is adapted from remarks that Anja Kaspersen, senior adviser with the Hastings Center, delivered in November 2016 at the EU Non-Proliferation and Disarmament Conference in Brussels, Belgium.

Ethical Challenges and Trust When Using OSINT in Reporting

The Practice of OSINT: Exercises in Methods and Ethics

Setting Your Moral Compass: Applied Ethics in OSINT
View All