Revolutionary technologies hold much promise for humanity. When taken up for military uses, they can affect international peace and security. The challenge is to build understanding among stakeholders about a technology and develop responsive solutions to mitigate risks.

That’s where we might be today with military applications of artificial intelligence (AI).

Militaries are developing systems that use AI for missions ranging from logistics, to decision support, command and control, or even lethal force. Those capabilities seem to be advancing faster than discussions about what the risks might be – including if certain applications could raise safety concerns, stoke arms racing dynamics, or remove breakers to the outbreak of nuclear war.

The Stanley Center, the United Nations Office for Disarmament Affairs, and the Stimson Center partnered in a workshop and series of papers to facilitate such a discussion among stakeholders. The workshop, held in August 2019 at UN Headquarters, involved experts from member states, industry, academia, and research institutions. These papers capture that conversation. They share assessments of the topic from US, Chinese, and Russian perspectives. In publishing them, we aim to help expand this dialogue to include more stakeholders.

Multistakeholder Perspectives on the Potential Benefits, Risks, and Governance Options for Military Applications of Artificial Intelligence
Melanie W. Sisson
While AI has the potential to contribute to the well-being of individuals and communities, integration of such systems into national militaries could also disrupt international peace and security.

Introduction: Artificial Intelligence, Nuclear Weapons, and Strategic Stability
Jennifer Spindel
The problem of training an AI system in the nuclear realm can be illustrated by looking at near-launch decisions made by humans.

Military Applications of Artificial Intelligence: Potential Risks to International Peace and Security – A US Perspective
Paul Scharre
While the introduction of AI will likely dramatically change the machines used in war, its most profound applications may be in information processing and command and control.

Artificial Intelligence and Its Military Implications – A Chinese Perspective
China Arms Control and Disarmament Association
When autonomous weapon systems and AI are employed in warfare, the consequences cannot be overestimated. A legal framework to govern the military use of AI is urgently needed.

Militarization of AI – A Russian Perspective
Vadim Kozyulin
We may be approaching a moment when defense decisions will be increasingly delegated to AI, since limited human capabilities simply will not allow enough time for leadership to deliberate. 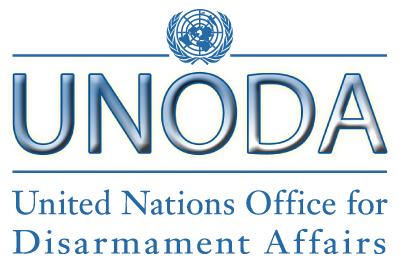 This is Not a Drill

Three Tweets to Midnight: Nuclear Crisis Stability and the Information Ecosystem
View All