A lot has changed since the Stanley Center for Peace and Security was created in 1956 by Max and Betty Stanley, but our commitment to what Max called “a secure peace with freedom and justice” for all people has never wavered.

The Stanley Foundation is now the Stanley Center for Peace and Security.

After more than half a century, we have changed our name. But we have stayed true to our vision, and we continue to collaborate for policy progress on the most profound threats to human survival and well-being.

The Stanley Center for Peace and Security was founded in 1956 by C. Maxwell “Max” and Elizabeth M. “Betty” Stanley. Max was a professional engineer and businessman. Betty was a devoted philanthropist and avid supporter of the arts, education, and the environment. They both had a deep interest in world peace and security.

The Stanley family intentionally based the center in Muscatine, Iowa—home to Max Stanley’s two global companies, which still exist today. Our location provides a valuable vantage point from which to conduct global operations while also ensuring we continue the Stanley family’s commitment to local programming that helps our fellow Iowans grow as involved, educated global citizens.

In the decades since our founding, the Stanley Center’s issue portfolio has grown, and our strategy for creating lasting change has sharpened. Through it all, generations of the Stanley family have continued to play an active role in the center’s governance, shaping our focus and ensuring key family values are reflected in our mission and culture.

C. Maxwell “Max” Stanley and his wife Elizabeth M. “Betty” Stanley establish the Stanley Center with a vision of promoting “a secure peace with freedom and justice.” Though originally established as a conduit for charitable giving, the center soon expanded to become a mission-focused organization dedicated to research and education in international relations. 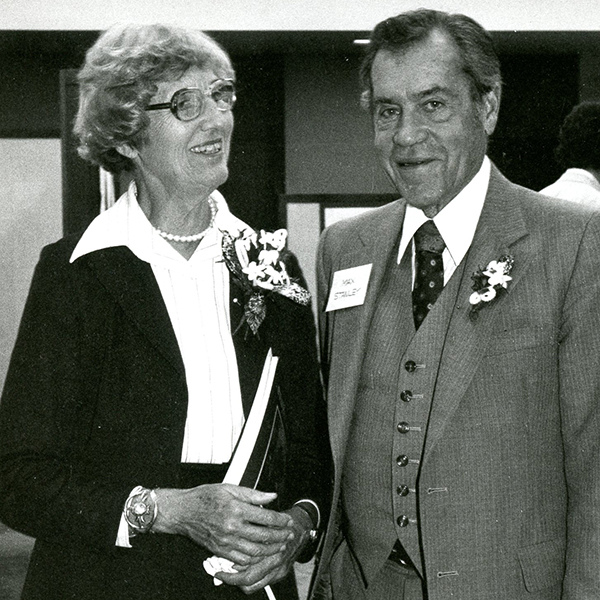 The Stanley Center organizes the first Strategy for Peace Conference in Arden House, New York. The annual conference, which continues today, brings experts from civil society, academia, and the private sector together with government officials to analyze key global challenges and search for policy solutions. The first conference, co-organized by business entrepreneur and world peace advocate Tom Slick, included the participation of Nobel Peace Prize winner Philip Noel-Baker. Ideas originated at the conference influenced the creation of the US Arms Control and Disarmament Agency in 1961. 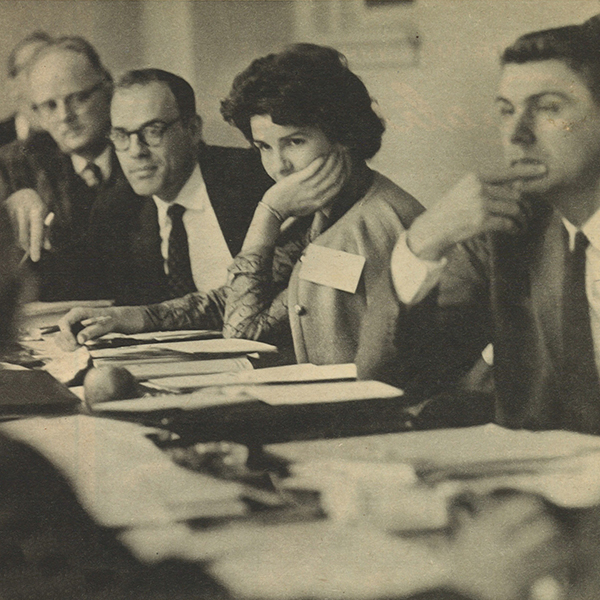 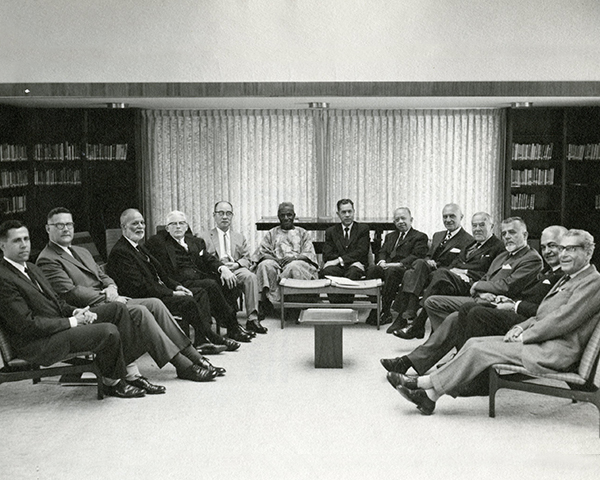 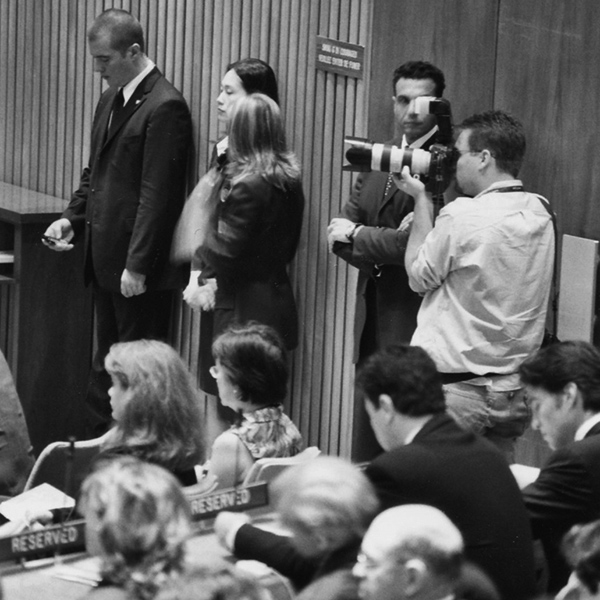 Jack Smith, who served in a variety of roles at the Stanley Center until his retirement in 2003, is appointed executive director. During his tenure, Smith successfully incorporates critical issues related to global education into the curriculum at many community colleges. “I truly believe that by networking opinion-shapers in this country and governments throughout the world, that we’ve helped crystallize thinking and have promoted change,” he told the Muscatine Journal in 1990. 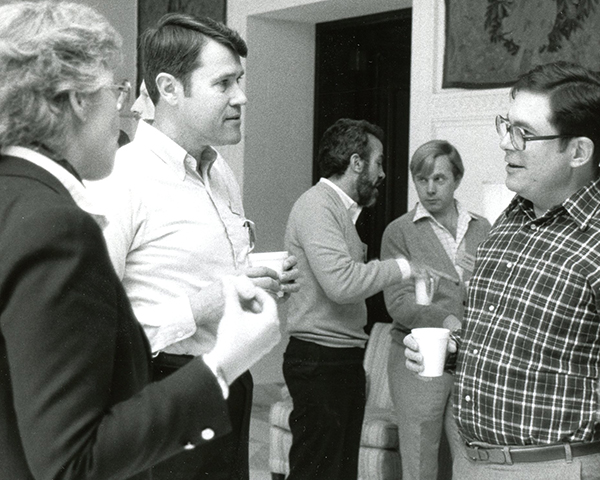 The Stanley Center launches Project Enrichment, a global education program designed for the Iowa community, in Muscatine schools. The project aligns with the center’s then-focus to advance awareness of international relations through education—a passion of Betty Stanley’s. The center’s efforts in education around global citizenship for the local community continue today. 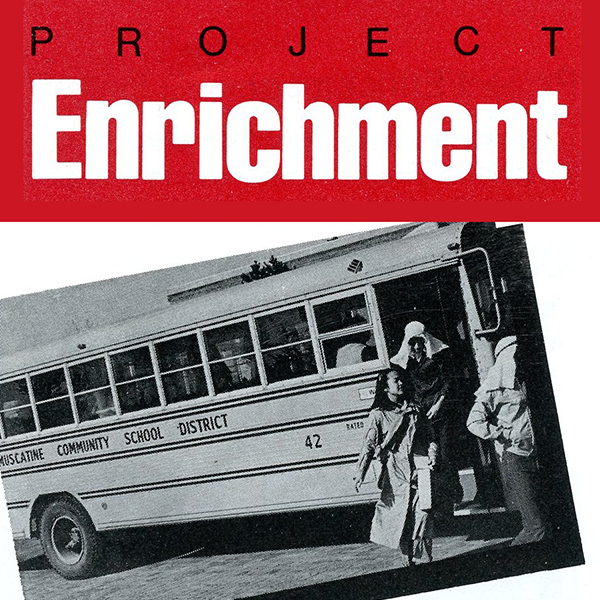 The Stanley Center becomes publisher of World Press Review. The monthly magazine brings articles and analyses on global issues originally published outside the United States to a domestic audience. Of the magazine, Max Stanley said: “Years of study and activity in foreign affairs persuade me that extreme provincialism greatly inhibits efforts to maintain a strong, enlightened US foreign policy responsive to the problems and opportunities of our increasingly interdependent world. Most of our citizens as well as many of our officials have little knowledge of the countries beyond our borders—their peoples, cultures, resources, problems, and aspirations. World Press Review’s role is to shrink this information gap and thereby overcome our tendency to see others as we see ourselves.” The center stops publishing the magazine in 2004. 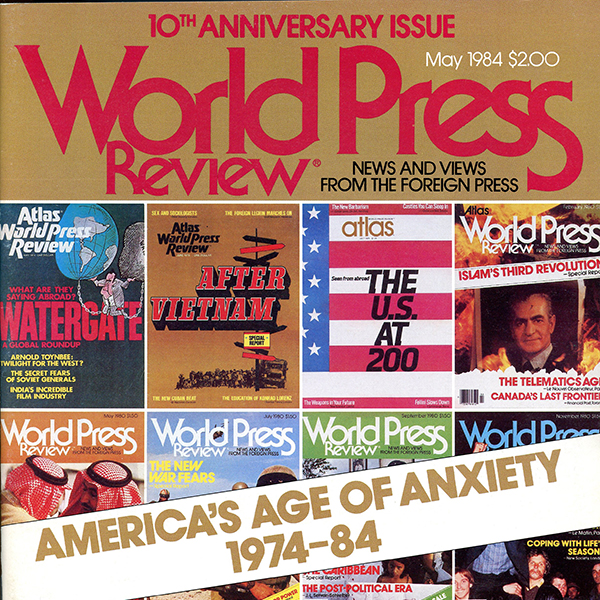 Max Stanley publishes Managing Global Problems, a book focused on approaches, procedures, and mechanisms for managing global problems more effectively. It shows an evolution in Stanley’s thinking since publishing Waging Peace in 1956. While he was in favor of maintaining a strong military in 1956 as a deterrent, by 1979 Stanley was a greater champion of arms control, especially after visiting Hiroshima and seeing firsthand the devastation caused by nuclear weapons. Stanley also saw new challenges, such as broadening economic and social development in the Global South, stabilizing population growth, protecting the environment, and extending human rights to all. 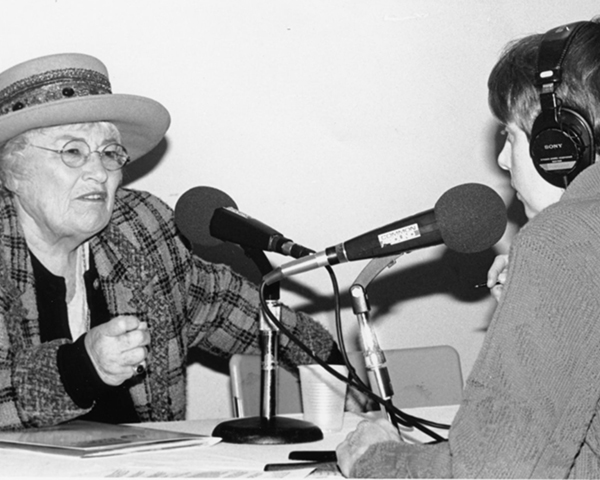 Max Stanley passes away. Among his final speeches, Max explored the concept of Global Citizenship, challenging those with the ability to commit to educating “friends, family, associates, and students for a greater sense of responsibility concerning the fragile planet we call home.” He is succeeded as president of the center by his son, Richard H. “Dick” Stanley, who shares his father’s vision for “a secure peace with freedom and justice.” 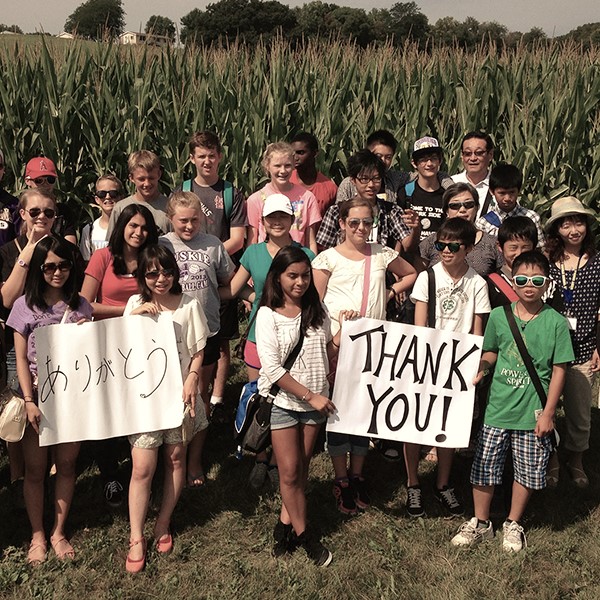 The Stanley Center publishes the first issue of its in-house magazine, Courier, in order to share with the public information and perspectives gained from center activities. Until its retirement in 2020, the magazine features articles by journalists and other experts on topics related to the center’s work. 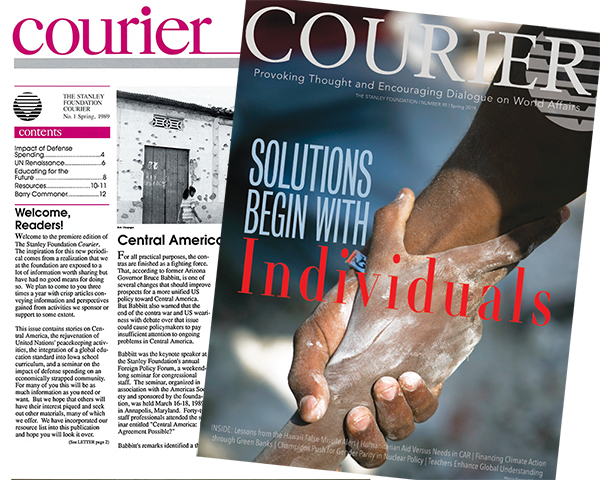 In partnership with the Council on Foreign Relations, the Stanley Center launches the New American Global Dialogue, a series of conferences that examine how regional, substate, and nonstate actors in the United States play a role in foreign policy and how globalization affects such actors. The Stanley Center continues to champion and look for ways to include stakeholders at all levels in global policymaking. 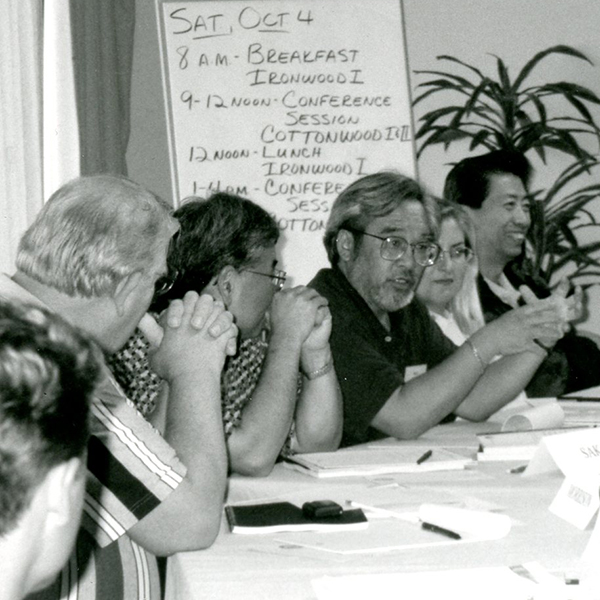 The Stanley Center launches the Emerging from Conflict series to facilitate dialogue between stakeholders in the United States and China, Iran, Cuba, Iraq, North Korea, and Vietnam, with the goal of improving the most troubled US bilateral relations. Emerging from Conflict has its roots in the 1960s, when Max Stanley pushed for open dialogues between the United States and the Soviet Union on issues of nuclear disarmament and bilateral relations. 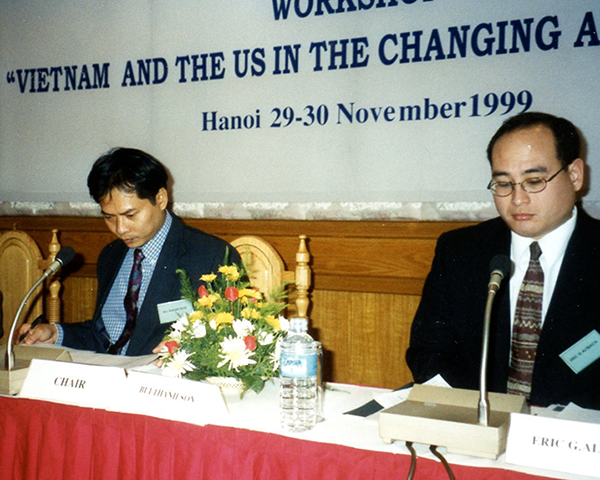 Dick Stanley champions the idea of a “responsibility to protect,” which was beginning to be discussed in the peacebuilding community and is explored in-depth during the 36th United Nations of the Next Decade Conference. This global political commitment—that sovereign states have a responsibility to protect all populations from mass atrocity crimes and human rights violations—is later endorsed by all UN member states at the 2005 World Summit. 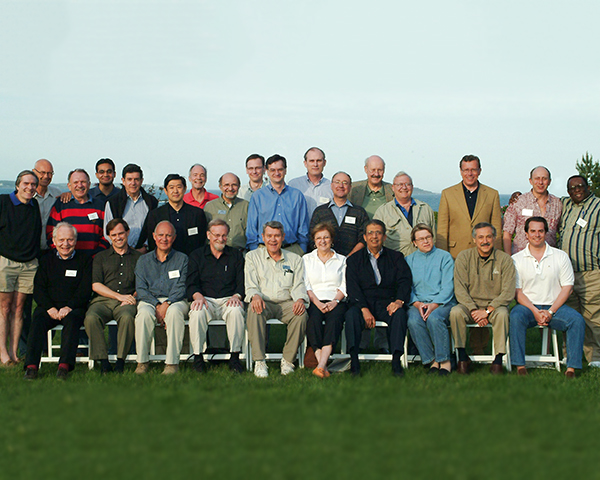 The Stanley Center begins issuing Explorer Awards to teachers in Muscatine, Iowa, making it possible for them to travel to an international destination of their choosing and bring lessons learned back to their classrooms. In 2008, the awards are renamed the Catherine Miller Explorer Awards to honor a longtime Muscatine educator who championed the value of international travel and was a strong proponent of world peace. 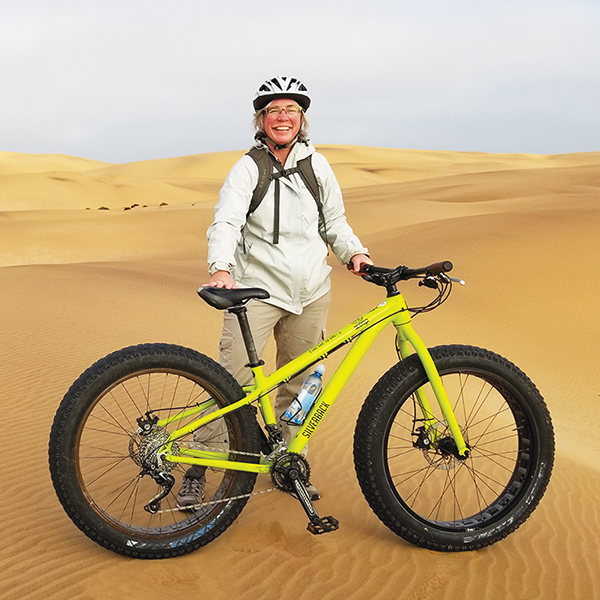 Dick Stanley remains chair of the board of directors as Vladimir P. Sambaiew is appointed president of the Stanley Center. Under the leadership of Sambaiew, a career foreign service officer and former diplomat-in-residence at the University of Oklahoma, center programming is refocused on key challenges in the areas of human protection, nuclear security, and global governance. 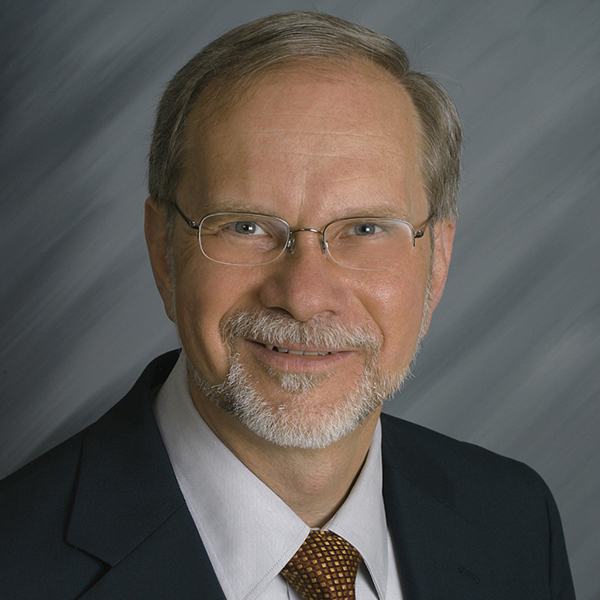 The Stanley Center partners with the Asan Institute for Policy Studies and Partnership for Global Security to create the Nuclear Security Governance Experts Group. The effort, which includes a diverse cohort of nuclear sector experts, generates innovative ideas for improved global nuclear security with the aim of making the nuclear material security regime more cohesive, robust, and responsive by 2020. By 2016, according to the Bulletin of the Atomic Scientists, more than 1,500 kilograms of highly enriched uranium and plutonium have been removed from civilian use, and many national leaders have had their first briefings on national security.

Keith Porter becomes president of the Stanley Center following Vladimir P. Sambaiew’s retirement. Porter had a long record of service to the center, serving as an associate producer for the Common Ground radio program in 1987 and later as the center’s director of communications. He was also director of policy and outreach, leading the center’s work on genocide prevention, nuclear material security, and emerging power cooperation. 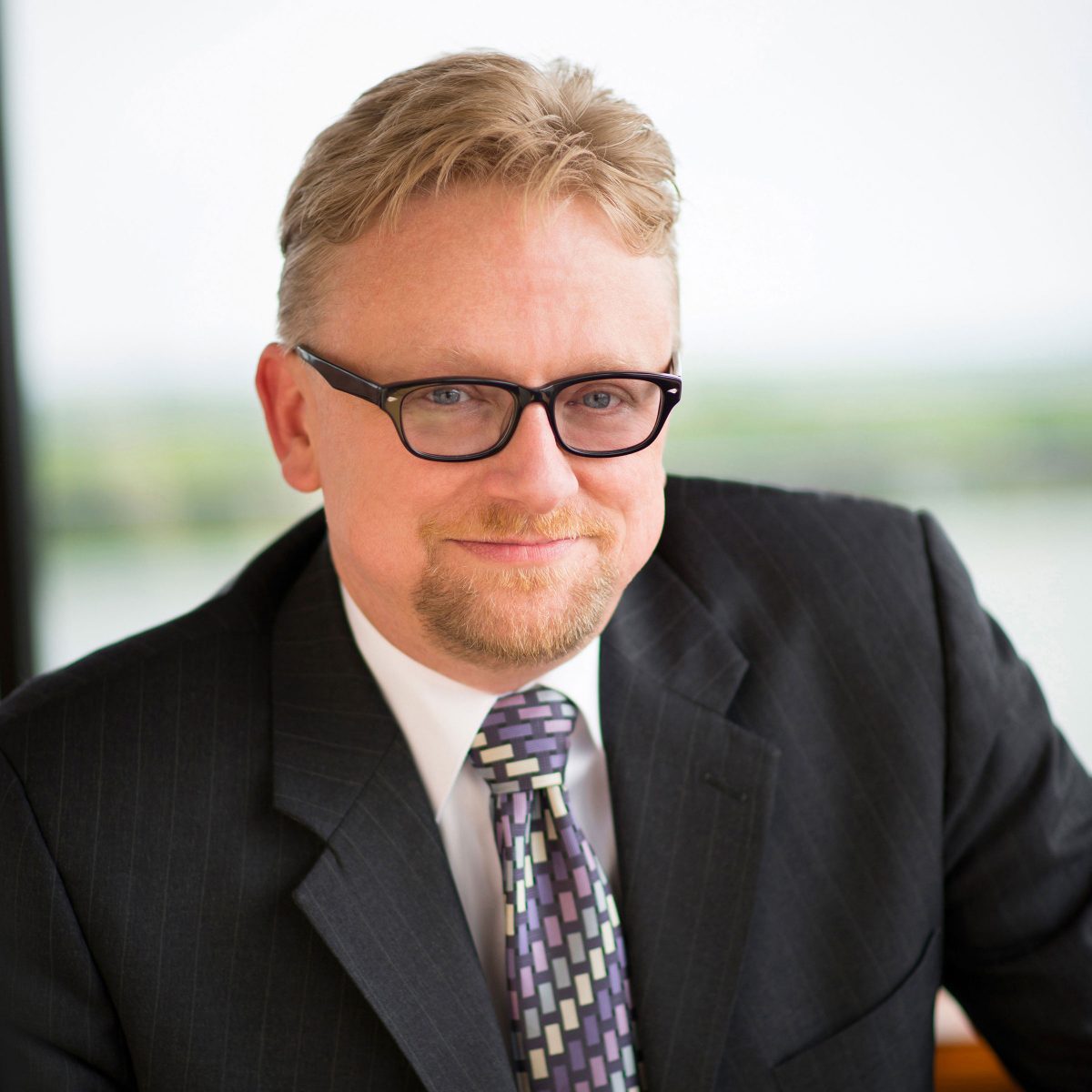 The Stanley Center takes on climate change as one of its core issue areas. As far back as 1979, Max Stanley wrote about man-made threats to planet Earth, the challenges they pose for global peace, and the need for aggressive action: “The world community simply cannot manage problems and protect the biosphere’s life support system for future generations with timid resolutions. Bold steps…may be resisted initially by many nation-states. Logic…may overcome such resistance.” 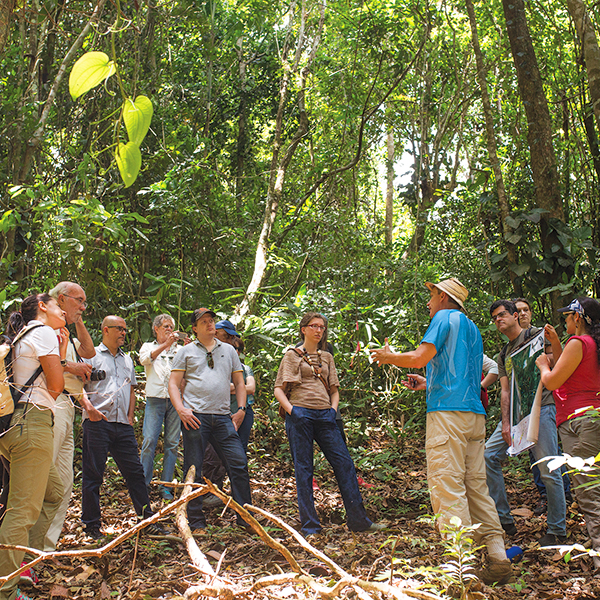 Dick Stanley passes away. His wife Mary Jo, who also served on the Stanley Center’s Board of Directors, passes away shortly after. Former UN Secretary-General Kofi Annan said at the time, “I came to know Dick as a man of vision and leadership, who worked tirelessly to make this world safer and more peaceful for all… The legacy he created is one that will improve the lives of millions of people for generations to come.” 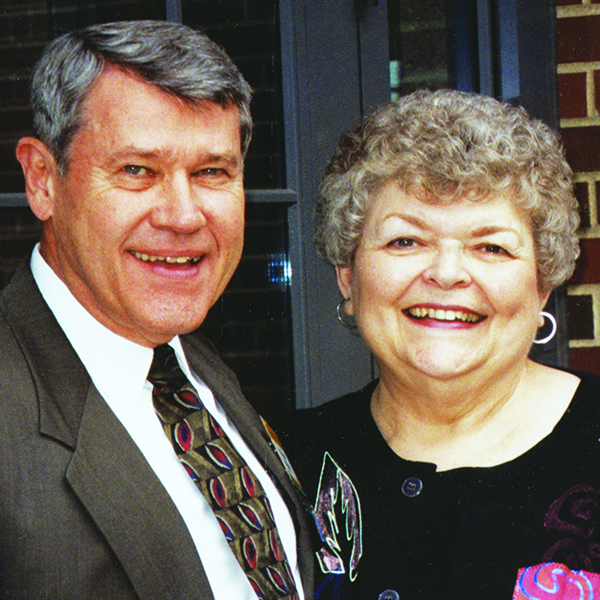 The organization undergoes a robust strategic-planning process to determine its programmatic approach through 2024. With participation from staff and governance members—including the Stanley family—the center sharpens and reaffirms its commitment to the vision, mission, and core values that guide its impact-driven policy action. 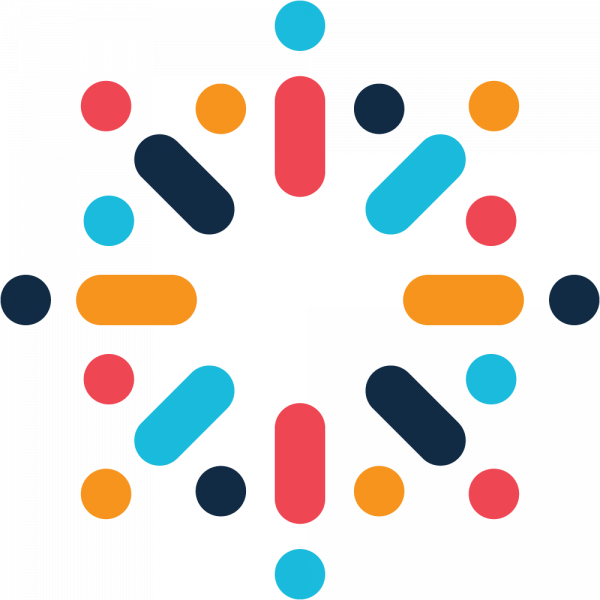 The Stanley Center acquires the former Musser Public Library, which will become the center’s permanent new home. The project will last into 2022, culminating in one of the most environmentally-friendly and ecologically-sustainable buildings in Iowa. It will be integrated into the community and include space dedicated to the center’s programming in Muscatine. 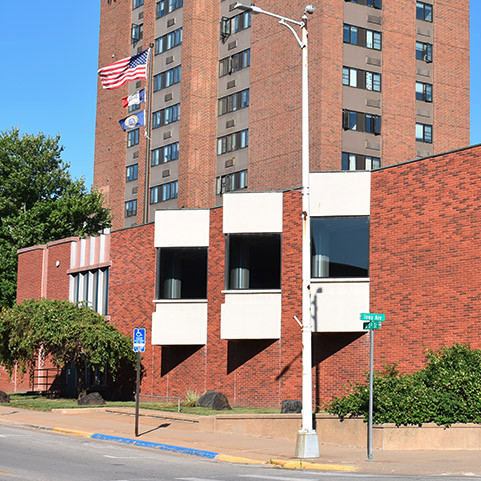 Lynne Stanley is elected chair of the center, the first woman to hold the position in the organization’s 65-year history. A lawyer by training, Lynne grew up in the center’s hometown of Muscatine, Iowa, and is the granddaughter of the late founders, Max and Betty Stanley. 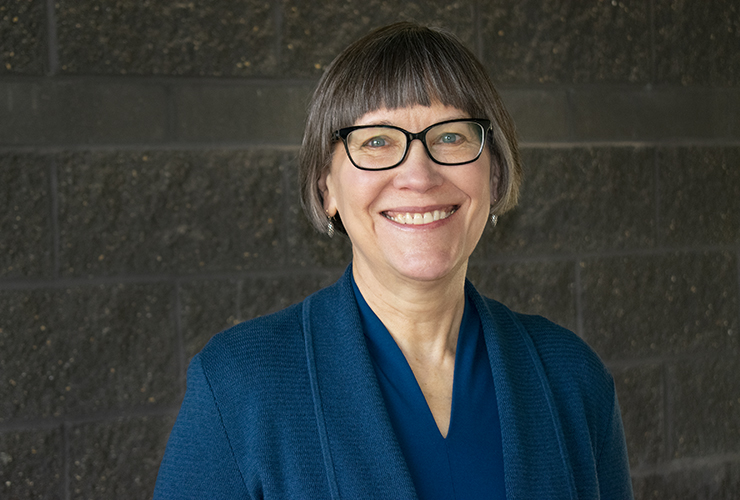 The Stanley Center pledges to rid the organization’s endowment of investments tied to oil, gas, and coal companies and invest instead in climate solutions. Mitigating climate change is not only important for global peace and security, but key to fulfilling our moral imperative to protect those communities most at risk. 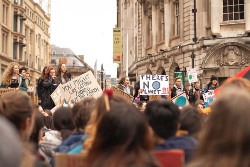 The global pandemic challenged many organizations, including the Stanley Center, to reconsider the way we work. The inaugural edition of Sparks sheds light on how the Stanley team adapted to new realities informed by our core belief that inclusive dialogue and diverse perspectives create better policy solutions. 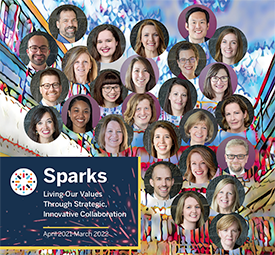 Who We Are Today

The Stanley Center for Peace and Security is a private operating foundation based in Muscatine, Iowa, with projects and partnerships that span the globe. We believe inclusive dialogue and diverse perspectives create better policy solutions, and we consistently build new collaborations to exchange ideas, foster innovation, and take collective action.