In a Q&A with the Stanley Center's Devon Terrill, Chris Wright of Climate Tracker discusses the evolution of his organization and why building a network of young climate journalists from around the world is so important. 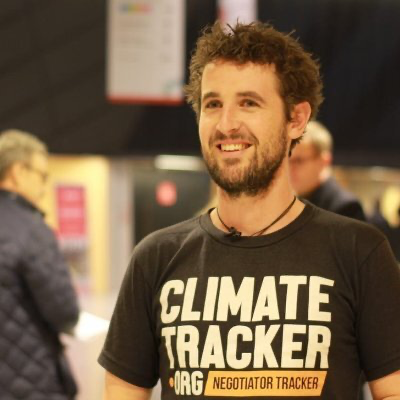 The Stanley Center has been collaborating with Climate Tracker, the largest youth-based climate journalism project in the world, on a variety of activities since 2019. Journalism and Media Program Officer Devon Terrill recently interviewed Climate Tracker’s Managing Director, Chris Wright, about the organization’s origins and its focus on training and empowering young, local climate journalists across the globe. The interview was featured in a report recently published by Media Impact Funders.

Devon Terrill: Why did you start Climate Tracker in 2015 and how has it evolved?

Climate Tracker was a project that evolved through my experience in UN climate negotiations. I joined my first UN meeting as a researcher in 2011, but had been a freelancer back in Australia.

There I met lots of NGOs that were all trying to “get more media attention” at the level of UN climate diplomacy. When they thought of “the media” back then, they meant “the Guardian, The Times, Reuters and AP.” It was 2011, so Twitter as a reporting tool was still relatively new, and well-curated blogs were becoming powerful.

Within 18 months, I began working for one of these NGOs, managing a project to bring young bloggers to the UN meetings. Still, however, they were thinking through the lens of the media and political powerhouses, and I felt we had the biggest potential in underserved markets.

After a few years, I began plotting with my manager to take this project independent, and focus on using the UN space as a launching pad to get young journalists around the world to write more about climate change. This was in the lead-up to the UN climate talks in Paris in 2015.

That’s when Climate Tracker was born. We published 400 articles during that conference, and hit front pages in Madagascar, Costa Rica, the Philippines, Spain, and even got some stories in the Guardian.

DT: What would you say is your organization’s unique contribution to climate-focused journalism?

I think our model of supporting young climate journalists to publish within their national media has enabled a lot of media organizations and markets to improve their climate coverage at no extra cost.

We want the journalists we support to become domestic “media shapers” for years to come, not just during our program timelines.

I think a lot of organizations’ well-intentioned journalism initiatives unfortunately end up moving great local journalists out of their national media debates; either by hiring them to work in their NGOs, or by supporting them to step out of their local market to write primarily for higher-paying international publications.

When this happens to one of our stars, that’s great. But the vast majority of the reporters we have supported continue their work in-house, now with more skills, networks and story angles to bring to their work. And in many cases, they become either the sole, or premiere climate reporter in their outlet, and sometimes, country. 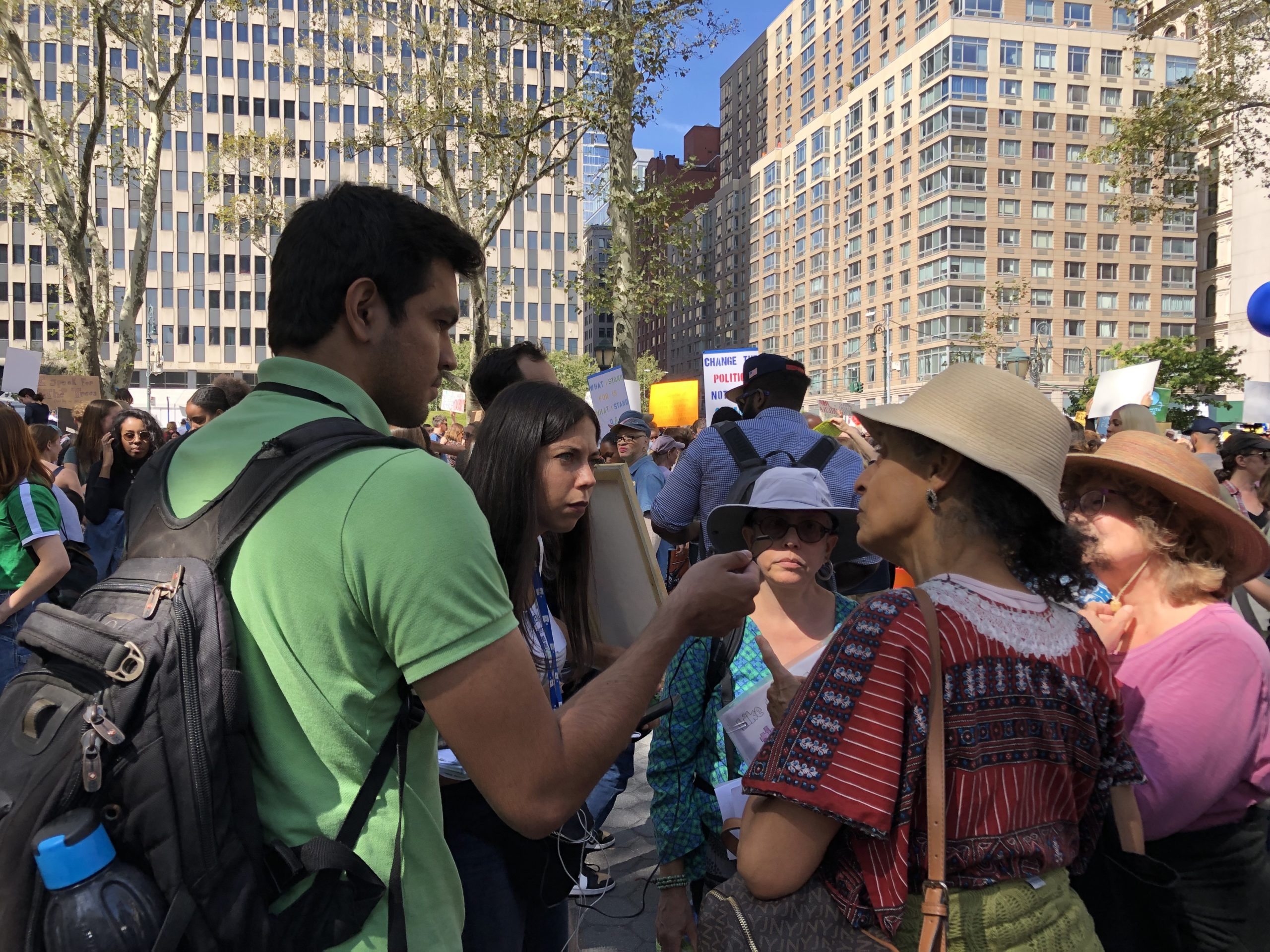 DT: How do you fund your organization’s work?

The media is in a tough financial moment. COVID-19 has made things worse, but perhaps only sped up a process that was already spiraling in many countries. One of the models that relatively few news organizations have tried is the nonprofit news model. This is effectively how we have funded our organization since late 2015.

Our focus has been slightly different from audience-targeted content, and most of our funding has come from larger NGOs or European foundations.

Most of these partnerships revolve around improving the reporting of specific climate or environmental themes in specific media markets.

This is when we have utilized one of our training or competitive mentoring programs. This makes our work incredibly diverse. However, this model is not for the light-hearted. We’ve yet to receive funding for our operations, and it can be grueling trying to juggle a series of projects in different geographies.

DT: What is your favorite Climate Tracker success story?

After close to 15,000 journalists have gone through our programs, it’s hard to choose the best success story. But with a bias for most recent successes, the phenomenal transformation of Manka Behl’s reporting at the Times of India is definitely up there. Manka applied to our programs in mid-2018, as a regional beat reporter with the Times. She came into her first UN conference competing with a wall of older, senior Indian reporters from Delhi and Mumbai. Those first few days in Poland in December were really challenging.

But soon she found herself breaking stories, reframing narratives and publishing her reports nationally, to an audience of one billion readers.

She then joined us again in New York for a 2019 fellowship co-organized with the Stanley Center, to cover the UN Secretary General’s Global Climate Action Summit. By this time, she’d made a transition to becoming one of the most sought-out reporters in India covering air pollution, coal expansion and climate impacts and the work that came out of that fellowship was both prolific and highly influential.

More ENERGY to Renewables, More POWER to Coal plants-@UN #COP25, India said it was halfway of meeting 175 GW target. But govt data points to the country simultaneously setting up over 100 GW of coal units, which are set to choke its climate goals https://t.co/1wh0gThhuV pic.twitter.com/NxvAUv8Uu8
— Manka Behl (@mankabTOI) December 16, 2019