At a workshop held in Cúcuta, Colombia for a Latin American civil society network, two award-winning journalists contributed frontline perspectives on the Venezuelan crisis drawn from their reporting.

Journalists covering an unfolding crisis from the ground can bring fresh and invaluable perspectives to policy conversations about crisis response and prevention. While civil society and government officials bring their own expertise and experience into these discussions, journalists can help to fill the space between those making policies and those affected by them. With this in mind, the Stanley Center invited two journalists to attend the fourth civil society meeting on the Regional Responses to the Venezuelan Crisis, held in Cucuta, Colombia from April 24-26.

The workshop, co-convened by the center’s mass violence and atrocities policy team and La Coordinadora Regional de Investigaciones Económicas y Sociales (CRIES), considered what solutions civil society, governments, and regionals actors can offer to address the crisis and prevent further violence. Topics of discussion included: characteristics of the Venezuelan humanitarian emergency, migration and displacement of Venezuela refugees to non-bordering countries, opportunities and challenges for coordination between civil society and multilateral organizations and governments, and the role of extra-regional powers in the Venezuelan crisis. 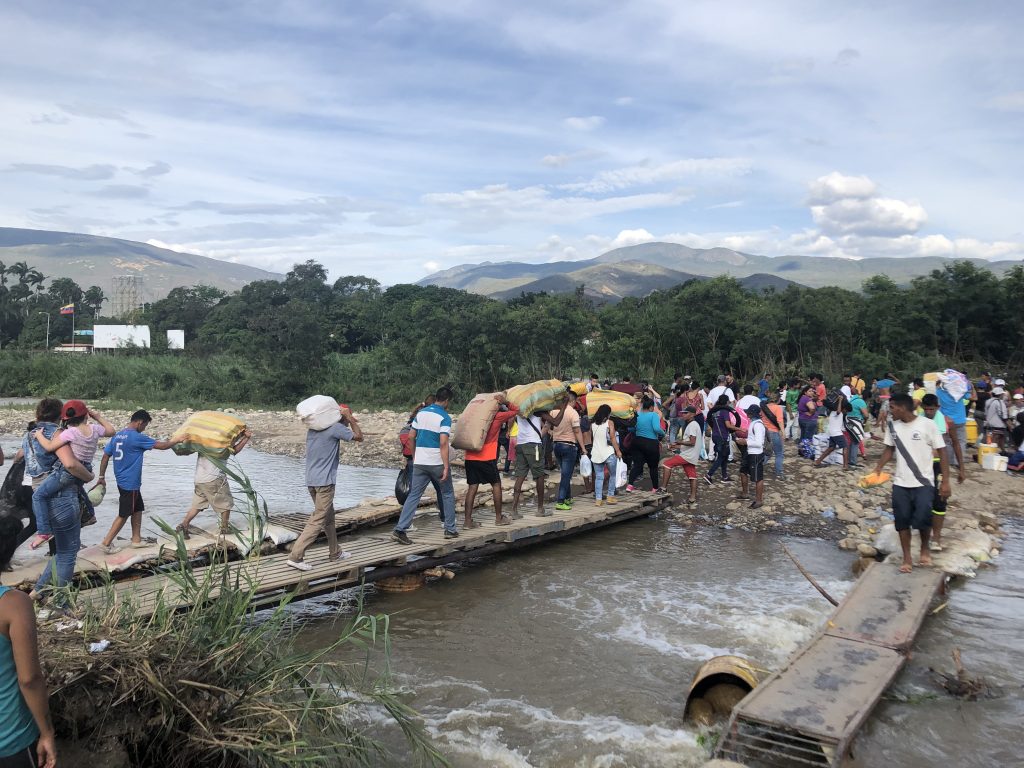 The crisis in Venezuela has resulted in serious repercussions beyond its own borders, and while steps are being taken to deal with growing violence, human rights abuses, and the scarcity of essential goods, less attention has been given to actions directed at protecting vulnerable Venezuelans escaping their country. It has therefore become a priority to design and implement policies at regional and national levels in recipient countries with the objective of ensuring their welfare and protecting their human rights as part of a broader effort to build resilience in the region. But in order for these policies to be effective, they need to be informed by the experiences of the Venezuelan refugees themselves. This is where journalists come in. 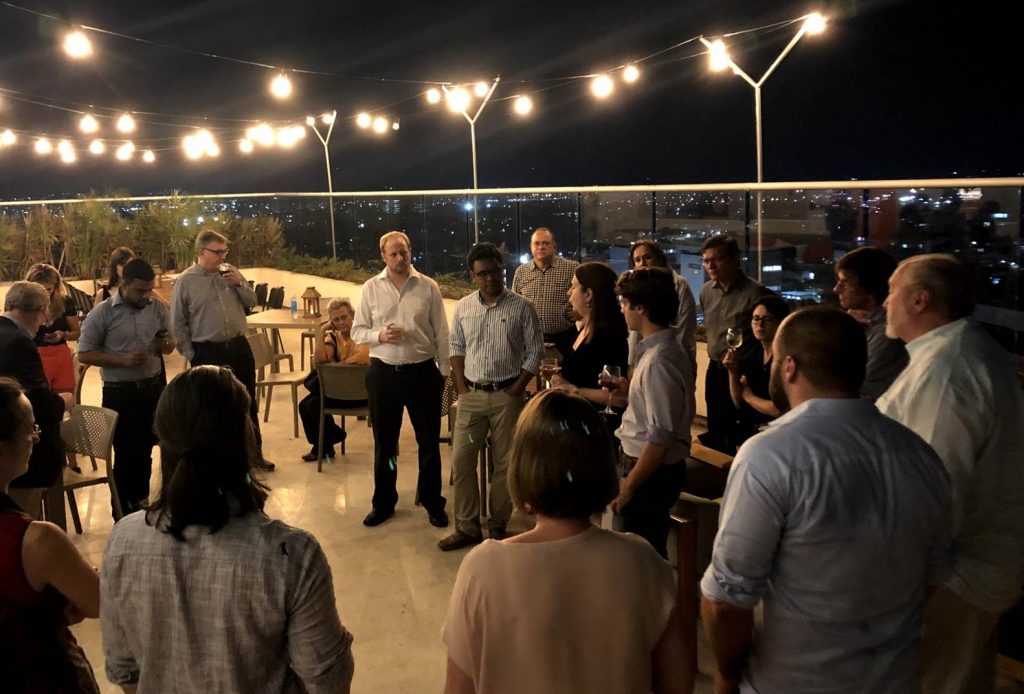 Instead of attending as “press,” the journalists attended the workshop as active participants who contributed to the discussions. The objective of their engagement wasn’t for the workshop to get media coverage; it was to open up a meaningful dialogue between media and civil society actors on an important and timely topic. One of the journalists, a Venezuelan covering the crisis from Caracas, participated in the full workshop, while another Bogotá-based journalist covering the crisis at the Colombian border, joined the group for an evening discussion after the second day of the workshop. Against a backdrop of the Venezuelan mountains –creating a visual reminder of the nearby crisis– both journalists shared their experiences gathering information and reporting stories inside Venezuela and Colombia and at the Cúcuta border, while workshop participants listened and asked questions.

For several years now, the Center has taken an interest in building up foundations of prevention, peace and security with a state-based Latin America Network and a subsequent civil society network focused on structural prevention of mass violence and atrocities. Experts in atrocity prevention use the mantra, “no state is immune” and as the Venezuela crisis escalates, it is clear that a collective effort across governments, civil society, and other sectors across the region will need to play a role in finding solutions to address the crisis and prevent further violence. Journalists can help connect the dots to the human stories from the ground and can remind policymakers that there is no time to lose for solutions when lives are on the line.