The Escalating Risk of Mass Violence in the United States

The United States is at a crossroads in its history. The level of political violence already observed in the country this year raises serious red flags about the erosion of democratic norms and the growing distrust of peaceful political processes. While predictions of mass violence associated with the United States may sound far-fetched to some, astute watchers of political violence around the globe are sounding the alarm bells. However, risks are not determinative. Regardless of election outcomes, bold leadership and decisive action is needed to prevent the accumulation of risk factors for mass violence leading to a loss of life and harm to US democracy.

Although these challenges are not new, decision makers and policy influencers need to better understand the risks, as well as triggers and accelerants of mass violence, in order to equip themselves with resources to respond rapidly and effectively as advocates of peace. To help respond to communication gaps, the Stanley Center for Peace and Security partnered with Impact:Peace at the Kroc Institute for Peace and Justice to build on existing political violence resources using the lens of mass violence and atrocity prevention, leading to publications that analyze the risk factors in the United States and recommend specific actions for national policymakers, local officials, and police and security forces.

The Stanley Center works to understand how to prevent mass violence around the world and build resilience against risks through informed policies and practices. Impact:Peace works to bring knowledge and evidence to change processes, amplifying efforts to build peace and reduce violence.

Our organizations joined in efforts to connect government, civil society, individuals of influence, and concerned citizens with new and existing tools to prevent violence and reinforce resilience mechanisms that uphold democratic norms, particularly through the lens of atrocity prevention. We created a system to facilitate the rapid flow of information by providing:

“I Didn’t Know If I Was Going to Be Seen Again”: The Escalating Risk of Mass Violence in the United States
James Waller
In a timely assessment, Waller offers a nonpartisan, data-driven analysis of the structural risk factors, as well as the real-time accelerants and possible triggering events, that signal the potential for mass violence in the United States. The analysis highlights a path forward to restore trust in democratic institutions, develop more inclusive narratives of memory, rebuild social cohesion, and nurture economic inclusivity regardless of who wins the election.

Preventing Election-Related Violence in the United States
Theo Sitther
Sitther recommends four key categories for immediate action that can be taken by policymakers to uphold the resilience of democratic institutions in the United States amid the threat of violence.

As with mass violence prevention efforts in every country, strategies must be collaborative and inclusive, building on the work of local community builders and connecting expertise from across disciplines. Many organizations across the United States have been working locally and across communities to strengthen resilience and build stronger cohesion in their efforts to build peace and prevent political violence. While not exhaustive, below is a selection of additional resources and tools from experts and advocates in prevention:

Impact:Peace is now the Violence, Inequality, and Power Lab. 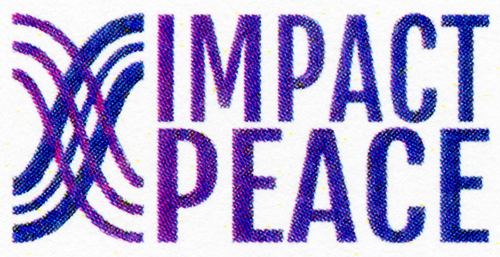 Making the Case for Peace in Cities

The Business Case for Building Resilience and Pursuing Peace
View All