Beyond State Collapse: A CAR Notebook

The Central African Republic Is Often Described as a Failed State. This Doesn’t Tell the Whole Story. 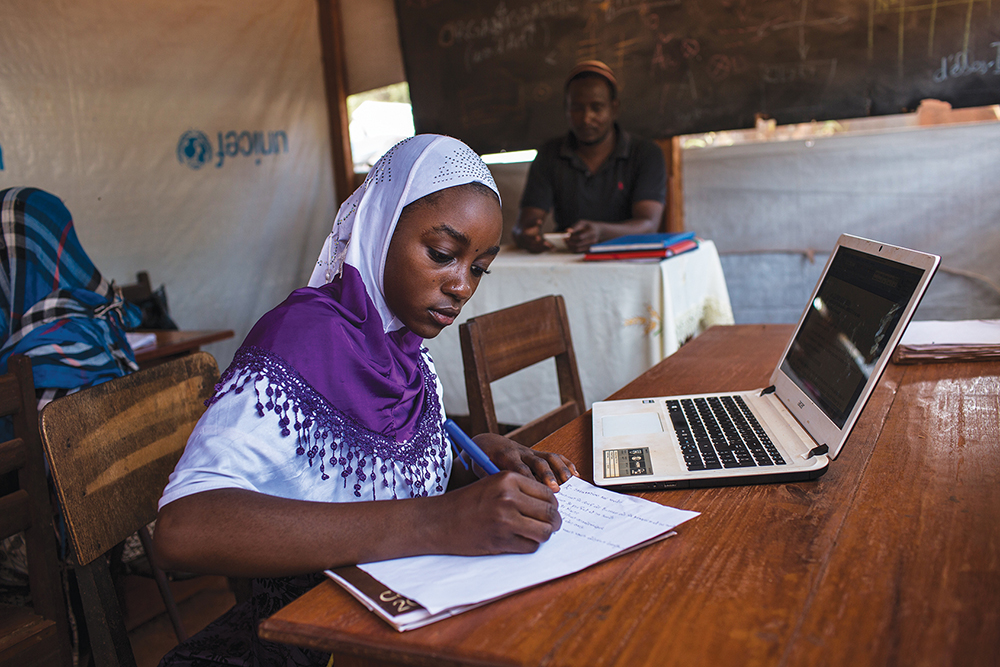 The Central African Republic (CAR) carries all the myths and markers of a failed state. Central authority has disintegrated. Competing armed groups have usurped state prerogatives in no less than two-thirds of the country. Law and order has almost entirely disappeared, and impunity prevails. Armed mutinies and factional violence have become endemic while political governance has become almost entirely outsourced.

What is left of the state is a compartmentalized, highly fragmented system unevenly run with the support, and sometimes the supervision, of the United Nations and humanitarian agencies.

For CAR, this is likely to be the new normal for the foreseeable future.

In its 68 years of political independence from France, CAR has enjoyed only short spells of political calm. Over half a dozen coups and countercoups, some botched, others enduring, have installed a situation of stable crisis. Most recently, in 2013, Séléka rebels instigated a coup against François Bozizé’s government, plunging the country into another period of sustained instability and precarious living, from which it has yet to recover. 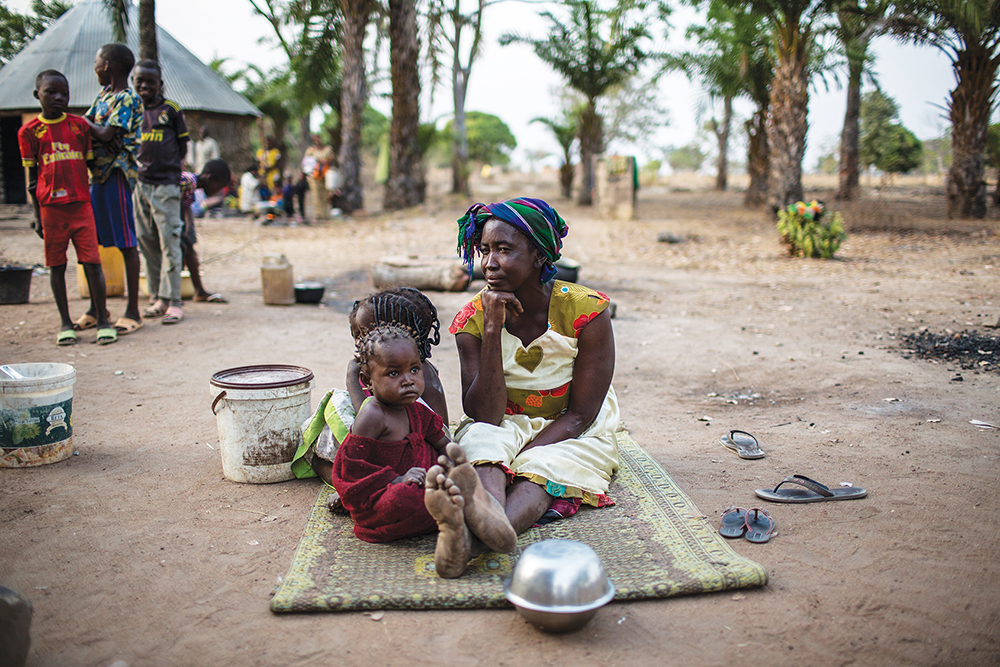 The leadership of the Séléka was predominantly Muslim, and resentment against them was, in many cases, extended to all of the Muslim minority. Previously, Muslims and Christians had lived together in relative harmony, but now many Muslims have fled the country, and the ones who remain mostly live in segregated zones.

It would take a French-Chadian intervention to restore a modicum of calm before elections could be organized in 2016. But the government that was voted in is largely unable to exercise its sovereignty, leaving the country in a condition of de facto decentralized or deregulated political governance through conflict.

This situation leaves people no other choice than to fend for themselves.

The neighborhood of PK5 in the capital, Bangui, is an example of how communities can organize themselves in the context of an absentee state, in ways both positive and negative. PK5 is host to at least four armed groups but also to dynamic social initiatives that are providing the kind of services usually provided by the state.

According to Ali Ousman, head of the Coordination of Muslim Organizations in CAR, the 2013 crisis precipitated a new entrepreneurial spirit among his community, emerging from the necessity to self-organize. “The crisis has been a trigger for the youth who are both actors and victims,” he said. He spoke outside his office in PK5 under strong midafternoon sunlight, and his words reverberated across the busy streets where young men were offloading the few trucks that are still able to carry merchandise safely to their destinations.

Similar scenes—of people making do and of communities doing what they can to look after themselves—are repeated across the country.

Thus, on the surface, CAR is the quintessential example of the failed state. Yet there is nothing inherently deterministic, natural, or inevitable about this situation. CAR’s political instability is not the result of an inexorable process of degradation isolated from specific historical conditions. The current situation—of independence without decolonization, sovereignty without ownership, and nationhood without a common project—is the outcome of a conjunction of historically specific challenges and haphazard responses. But to merely conclude that CAR is a failed state does not render intelligible the rationalities that constitute the state itself.

Categorical representations are never innocent. They not only generate persistent discursive registers, they also legitimize intervention in the form of intrusive policy treatments. For the failed state construct only tells us what is wrong, not how it is wrong or for whom the state is failing. Proponents of the failed-state thesis across academic, government, and policy circles often find historicized accounts of state rationalities too complex to be of much use for their simplified algorithms.

So what exactly does state failure look like in CAR? This question implies that there was a recognizable state in the first place. In trying to answer this question, one has two options. One can paint a picture of a disastrous humanitarian, psychological, political, and economic situation. This is best exemplified by the fate of entire provinces abandoned to predatory groups and the hundreds of thousands of internally and externally displaced. One can also take a long view, to see beyond the urgency of humanitarianism to look at an extensive history of exploitation, violence, and abandonment.

CAR went from a harsh colonial system of blatant exploitation to a postcolonial regime that systematized political exclusion and material deprivation. In fact, the very process of state building was aborted before it was allowed to begin. To this can be added decades of failed structural adjustment policies, the illegal extraction of CAR’s rare minerals, and the continued effects of the (post)colonial pact, which keeps the country subordinated within the sphere of influence of its former colonizer, France.

France’s role in precipitating state collapse is especially relevant. In 1979, French paratroopers enforced Operation Barracuda to depose Jean-Bédel Bokassa in order to reinstall David Dacko, who had been ousted by the former in a 1966 coup. But Bokassa reigned over CAR because he was able to loot the country’s resources and use the proceeds to buy support. As long as Bokassa supplied uranium to France and diamonds to then-French President Giscard d’Estaing, and remained the goofy, almost caricatured president who safeguarded France’s interests, the French provided full support to his repressive government.

Against this backdrop, it is no coincidence that France played a major role in the recent crisis through Operation Sangaris, which began in 2013 and ended in 2016 amid abuse accusations. Sangaris was France’s seventh intervention in CAR since 1960.

On the streets of Bangui today, another international force is most prominent: the blue-helmeted peacekeepers of the United Nations Multidimensional Integrated Stabilization Mission in CAR (MINUSCA).

Ordinary visitors may be forgiven for thinking the United Nations has taken over CAR. In fact, it is almost impossible to stand at a major thoroughfare for five minutes without seeing armored vehicles bearing the logo of the United Nations or some other humanitarian agency.

This raises the question: Is CAR governed under a form of multilateral trusteeship?

Modibo Walidou, a law professor, former cabinet minister, and current vice president of the central mosque of Bangui, has considered this question. “I wouldn’t say so,” he said. “It is true that there is something about our present predicament that may make you think that we are under trusteeship. Our army is MINUSCA; our diplomacy is France and MINUSCA; and our finances…well it is MINUSCA that pays the salaries. However, things are more complicated than that.” 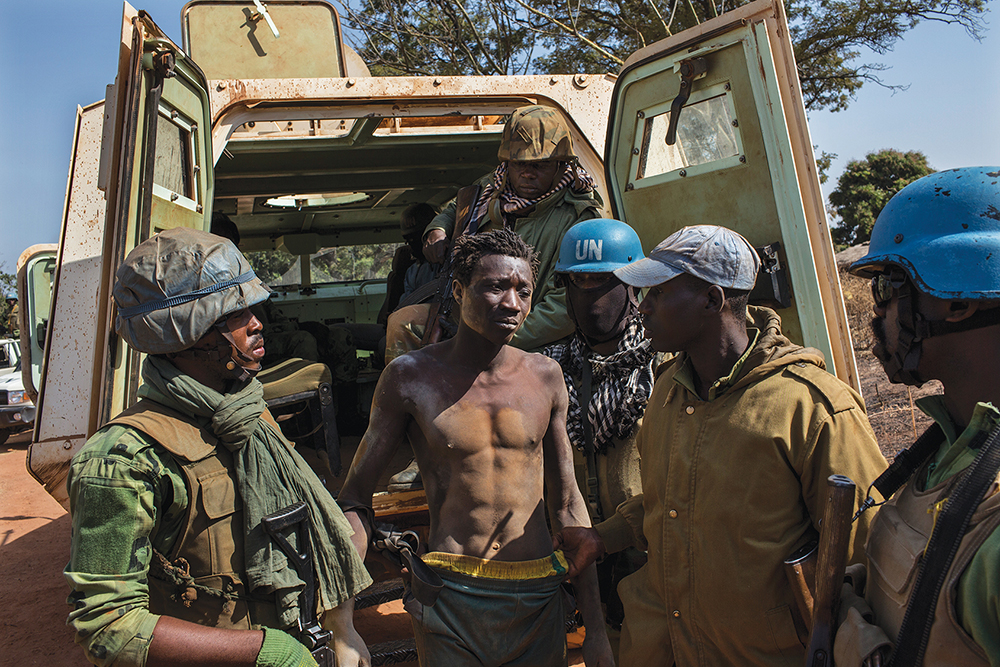 Foreigners are not just providing security, of course. International peacekeepers have been accompanied by an enormous contingent of aid workers and development professionals, there to deliver the intensive care needed to keep people alive.

Humanitarianism thus becomes the first layer of a stabilization course that relies on beefing up the repressive capacity of the security apparatus, a disarmament and demobilization process, followed by the ritual of elections for a return to “normalcy.” This is the typical application of the liberal peace package. The blueprint for that is an old idea according to which conflict prevails where state institutions have collapsed and therefore need to be restored. 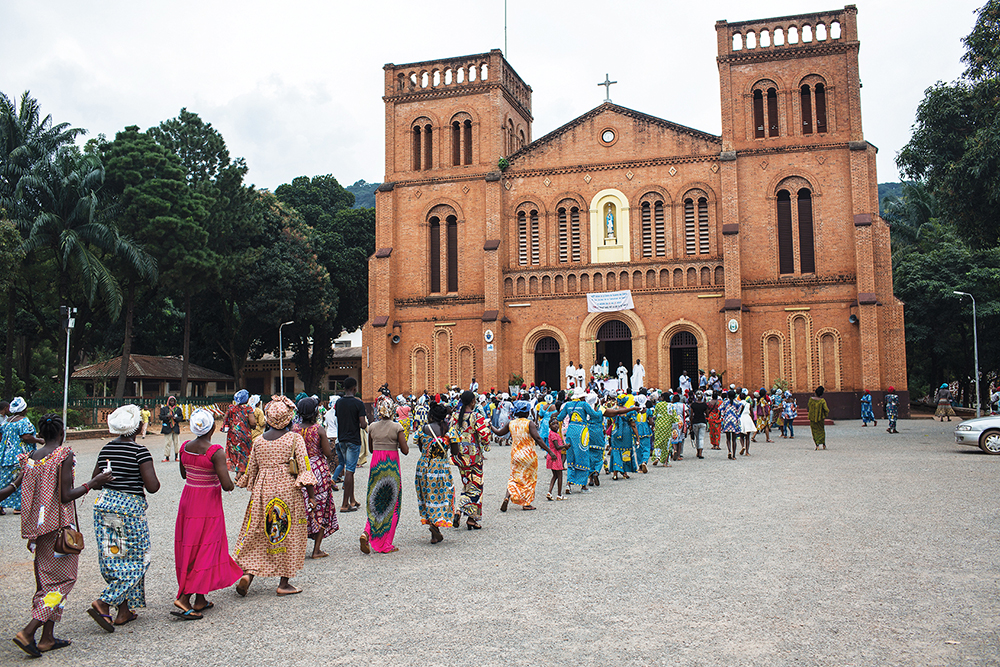 But humanitarianism, by definition, is an emergency procedure, a response to crises in which the outlook is necessarily short-termist. Its impact is constrained by the benevolence of fickle donors whose priorities change according to perceptions of urgency, national interest, the geopolitics of resources, and political influence. The humanitarian impulse is therefore no answer to structural problems. Joseph Inganji, the country director of the United Nations Office for the Coordination of Humanitarian Affairs, understands this all too well. For him, “humanitarian action is not a solution to the humanitarian needs of CAR.”

Despite having been repeatedly failed by their state, many in CAR yearn for its return. But the state they have in mind is not necessarily the state that the international community—relying on its one-size-fits-all prescriptions—is trying to build. For populations torn across religious, ethnic, regional, and political lines, the state that must be built is one that is able to sustain the terms that structure social relations, the capacity for people to articulate autonomous subjectivities, and a culture of good neighborliness and solidarity—in other words, the very possibility of sociality.

It is not enough to simply write off CAR as a failed state. Until the specificities of how and why it has failed are understood, no one can begin to fix it.

Amy Niang is senior lecturer in international relations at the University of the Witwatersrand in Johannesburg, South Africa. She recently published The Postcolonial African State in Transition: Stateness and Modes of Sovereignty.

Will Baxter is a photographer and writer whose work focuses on conflict, climate change, and human rights. His work has appeared in Newsweek, Marie Claire, Der Spiegel, The Wall Street Journal, The Sunday Times, Al Jazeera, Internazionale, and other outlets.

This article originally ran in South Africa’s Mail & Guardian newspaper. It was written as part of Uncovering Security, organized by the Stanley Center in collaboration with Thomson Reuters Foundation, and the Gerda Henkel Stiftung.