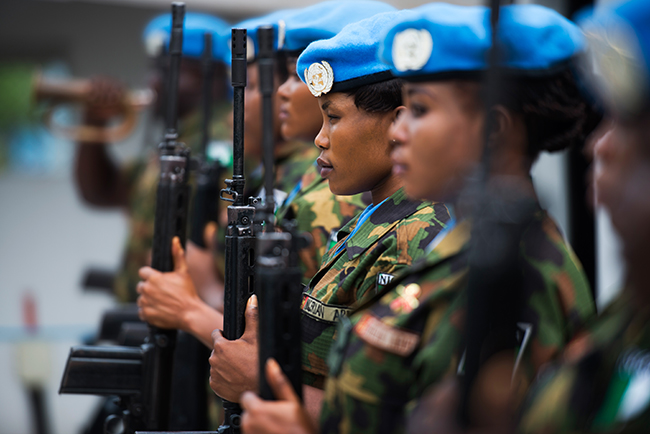 During his candidacy for secretary-general, António Guterres promised he would implement long overdue reforms at the United Nations. He didn’t delay on delivering. In his first official remarks at UN Headquarters, he directed a clear message to UN personnel: “[We] need to recognize our shortcomings, to recognize our failures and where we are not able to deliver as we should.”

Since then, Guterres has introduced ambitious reform initiatives that have raised expectations among member states. In 2018, Guterres will need to focus on prioritizing reform objectives, forging strong partnerships with influential member states, and leveraging the political environment, including downward pressure on the UN’s budget, to his advantage.

Last year, Guterres rolled out three reform agendas: a plan to renovate the UN management paradigm, his vision for restructuring the United Nations’ peace and security pillar, and an initiative to reposition the UN development system. Pursuing ambitious reform agendas has become habitual among secretaries-general. Like Guterres, his predecessors tried to introduce extensive reforms early on in their first terms. In 1997, Kofi Annan announced a reform initiative during his first six months. In 2007, during his first month in office, Ban Ki-moon took steps to divide and reorganize the UN peace and security architecture.

Many of these efforts were scuttled by member states or internal bureaucratic infighting. As a result, a number of Guterres’s reforms sound as if they have been simply cut and pasted from his predecessors’ agendas. However, Guterres holds an advantage to prior secretaries-general. During his final three years in office, Ban initiated three comprehensive reviews: the High-Level Independent Panel on Peace Operations, the Global Study on the Implementation of United Nations Security Council Resolution 1325, and The Challenge of Sustaining Peace: The Report on the Review of the UN Peacebuilding Architecture. All three reports were largely welcomed by member states, providing Guterres with a blueprint and a mandate for future action. 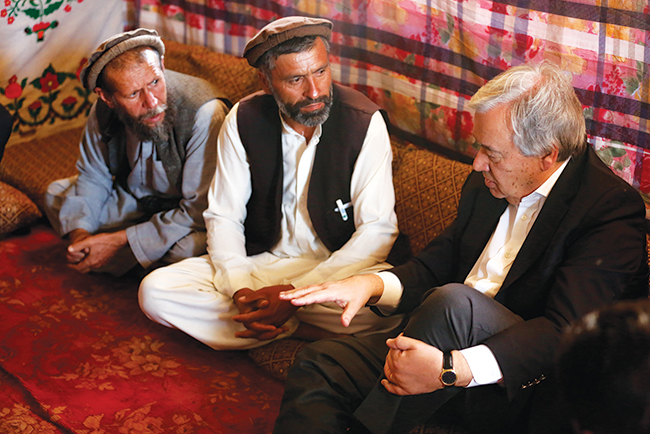 To succeed on his proposed reforms, Guterres needs to learn from the challenges his predecessors faced and adopt new methods to overcome internal UN and external member state resistance. His strategy will need to include three organizing principles: prioritization, partnership, and politics.

Peacekeeping operations are one of the most visible and tangible tools the United Nations has to implement its peace and security mandate in the field, and they are often the go-to intervention for the international community. Because of this, peacekeeping operation reform should be a priority. It is also a prism through which to explore the application of Guterres’s recommended organizing principles.

In terms of assessment and planning, the United Nations needs to strengthen its methods of identifying threats to civilians, threats to UN personnel, and threats to political objectives. Security Council members have repeatedly stated they don’t have the information they need to sequence and prioritize mandates or to determine when and why missions are struggling to deliver. Distrust in the Secretariat’s reporting contributes to Security Council members’ inclination to push peacekeeping operations beyond what operations can realistically achieve. Within the Secretariat, the pressure to meet ambitious mandates exacerbates outdated and weak operational planning processes. This can result in mission footprints favoring deployments that are static and geographically dispersed. That in turn can undermine a mission’s ability to protect civilians, complicate and raise the cost of logistics, and leave UN personnel more vulnerable to attack.

To ensure that peacekeeping operations can perform when deployed, they must be mobile and proactive. To achieve this, Security Council members must commit to supporting a range of recent or proposed reform efforts, including a new and improved force-generation system, new approaches to managing budgets and logistics, and effective human resource systems that facilitate the recruitment of skilled civilian personnel. Council members should also rally other member states to support these reforms and the price tags that accompany them. Of course, many of these reforms are not and should not be the purview of the Security Council, but council members that advocate for ambitious and robust mandates must commit to supporting the secretary-general’s implementation of management reforms and the costs of peacekeeping during UN General Assembly budget negotiations.

Large-scale protection failures in the Democratic Republic of the Congo and South Sudan have sparked laser-beam focus on accountability measures within UN peacekeeping operations. The Secretariat has taken steps to strengthen accountability, including developing a draft policy on the effective and accountable performance of protection-of-civilians mandates in UN peacekeeping operations. Nevertheless, accountability systems for mission leadership, civilian components, and uniformed personnel of UN peacekeeping operations remain nascent. Improved methods for measuring the performance of mission leaders, civilian components of missions, and uniformed personnel should recognize and reward good practices and identify weak links. In some cases, underperformance may be addressed through additional training, mentoring, or resources. In other cases, where there is a pattern of underperformance or egregious failures, individuals and units may need to be replaced. Accountability will not result in more successful reforms if it occurs behind closed doors. The secretary-general needs to regularly and transparently report on mission successes and failures.

Member states hold the key to so many of these proposed reforms. Therefore, the secretary-general will have to develop a sophisticated strategy to build alliances with them. He will need to partner with reform-minded countries that contribute troops and police, Security Council members, and financial contributors to champion his reform agenda through their voice and vote in UN bodies and through public and private diplomacy in fellow member state capitals.

In addition, Guterres will need to encourage and support member states that have demonstrated leadership beyond the United Nations to reform peacekeeping. In 2015, the US government spearheaded the Leaders Summit on Peacekeeping, which convened numerous heads of state and resulted in pledges for more than 50,000 new uniformed personnel, enablers, and training. In 2016 and 2017, the United Kingdom and Canada hosted defense ministerials on peacekeeping that resulted in additional contributions. During these events, member states like Rwanda and Canada mobilized other member states to make public commitments to ready their troops and rally their governments to better protect civilians through The Kigali Principles on the Protection of Civilians and The Vancouver Principles on Peacekeeping and the Prevention of the Recruitment and Use of Child Soldiers. This high-level political engagement in peacekeeping is necessary to achieve reforms.

Secretary-General Annan’s various reform agendas were undermined in part by bullish unilateralism and financial pressure emanating from Washington. Guterres faces similar challenges. The Trump administration has sought to downsize peacekeeping operations and cut their budgets. On one hand, the US government’s assertive efforts to link dollars to reforms could work in the secretary-general’s favor. Threats to cut budgets create a political space for the secretary-general to push through the tougher reforms that some UN bureaucrats and member states seek to fight.

On the other hand, Guterres needs to effectively discourage indiscriminate budget cuts that are divorced from mandated objectives or that preempt reviews of mission performance. Guterres also has to be ready to fight for key priorities and corollary capabilities. Vehement public commitments by the United States to cut budgets during 2017 opened the door for member states that oppose UN efforts to promote human rights to downgrade or eliminate related peacekeeping operation posts. The secretary-general needs an effective strategic communications plan and advocacy strategy to ensure that progressive member states understand why these capabilities are important and why they should be prioritized.

Alison Giffen is the director of the peacekeeping program at the Center for Civilians in Conflict. She has also served as the senior adviser for UN Peacekeeping at the US State Department’s International Organizations Affairs Bureau, and as a senior associate at the Stimson Center.