The nexus of climate change and security was the focus of a fellowship for 15 journalists who covered an international conference in the Netherlands.

In late February 2019, the Center collaborated with the Netherlands-based Free Press Unlimited on a fellowship to strengthen journalists’ understanding of and reporting on how climate change is aggravating conflict risk in many areas of the world (including their own countries), and about interventions and solutions that could reduce these risks.

Fifteen journalists from Mali, Iraq, Pakistan, Nigeria, Cameroon, Jamaica, Haiti, and other countries, attended the two-day Planetary Security conference in The Hague as well as two workshop days—one before the conference for training and another after the conference—for reflections and story development. Experienced journalism trainers, Ricci Shryock and Khaled Sulaiman, were brought on to mentor and assist the fellows throughout their time in the Netherlands.

The fellowship created space for productive interaction between the journalists and other participants of the conference such as policy experts and public officials. On the one hand, journalists are in a position to process and channel information from global discussions to the local level through their reporting, which can help build awareness of possible solutions and create demand for action. On the other hand, as members of communities that are already experiencing the destabilizing impacts of climate change, journalists are more than just couriers of information and can contribute a valuable local perspective to global discussions.

Journalists reactions to the fellowship

“It’s one thing to highlight the problem, but we need to go further – if you don’t have a solution, find out why there is no solution.”

“We have potential in our communities to hold people accountable and help solve the issues.”

“Climate change is much more than just rising temperatures, it’s more complicated and interconnected with other issues.”

What is the Planetary Security Conference?

The fourth annual Planetary Security Conference was organized by the Planetary Security Initiative (PSI), an effort originally launched by the Netherlands Ministry of Foreign Affairs in 2015 and now operated by a consortium consisting of Clingendael Institute, Adelphi, Center for Climate and Security, Hague Center for Strategic Studies, and Stockholm International Peace Research Institute. At the 2019 conference, more than 450 diplomats, military personnel, development professionals, local and regional leaders, scientists, and private sector players came together to focus on doable actions that could help limit, better manage, or reverse climate-related security risks. Iraq, Lake Chad, Mali, and the Caribbean Small Island Developing States (SIDS) were the focus of many special sessions. 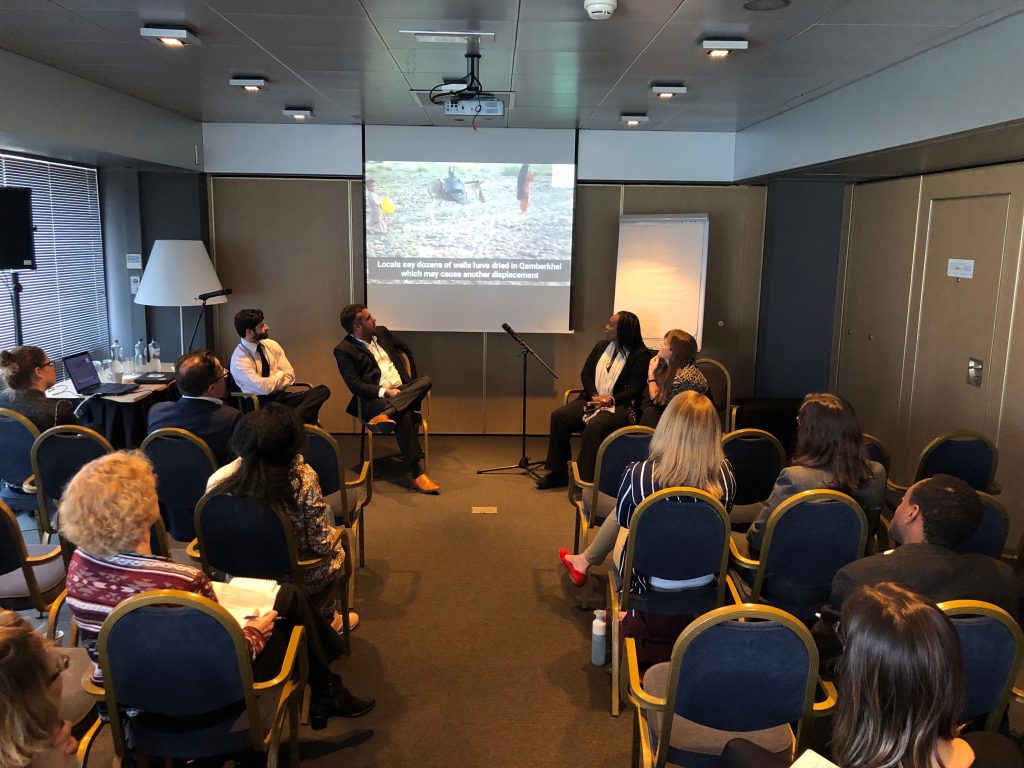 In addition to the fellowship, the Stanley Center and Free Press Unlimited co-convened a special session at the conference called “Reporting on Climate and Security: Challenges and Innovations in Local Storytelling.” The panelists included media fellows Said Nazir of Tribal News Network in Pakistan and Mame Diarra Diop of Mikado FM in Mali, as well as Peter Schwartzstein, a veteran environmental journalist. The session was moderated by fellowship trainer Ricci Shryock, who is a freelance photographer and journalist. You can find more information on the session here. 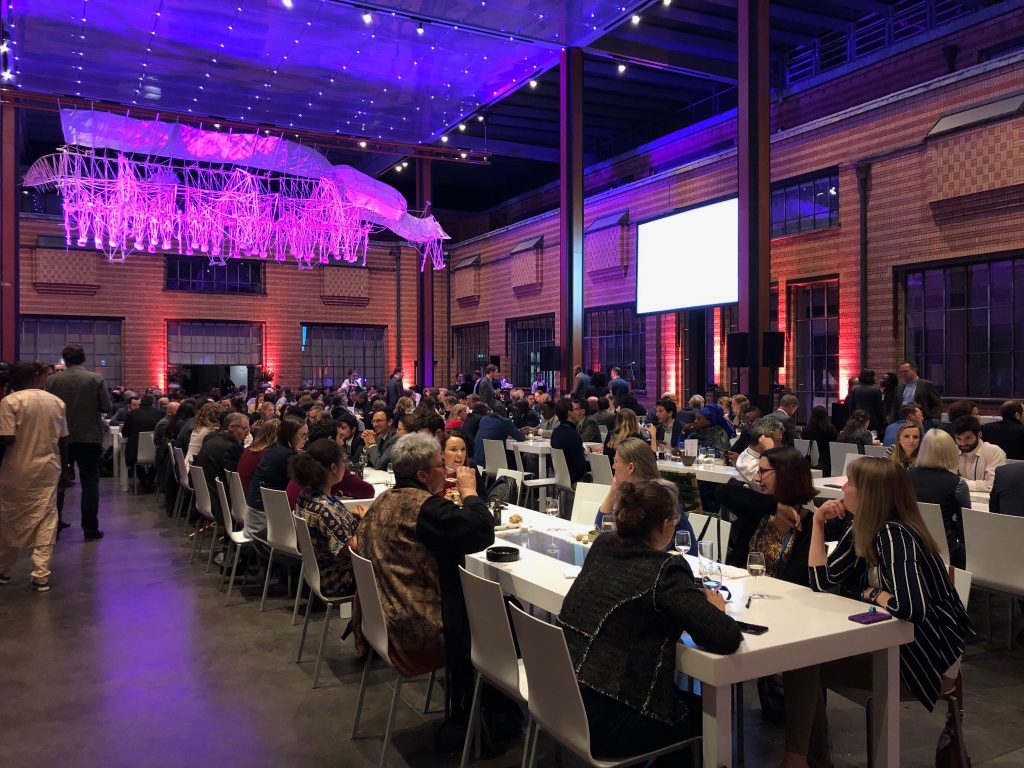 After the first day of the conference, a dinner and reception was held at The Hague Gemeentemuseum. In between courses, attendees heard from speakers including the Deputy Mayor of The Hague, Assistant Secretary-General for Emerging Security Challenges at NATO, and a retired general of the Royal Netherlands Army (who announced the launch of this International Military Council on Climate and Security). The final speakers of the night were Devon Terrill of the Stanley Center and Boris van Westering of Free Press Unlimited, who talked about the importance of local journalism in the context of climate security risks.

One of the media fellows, Borzou Daragahi of The Independent, moderated a HagueTalks session on the topic of “How can we make climate security a global effort?” Read more about the event and watch the recording here. 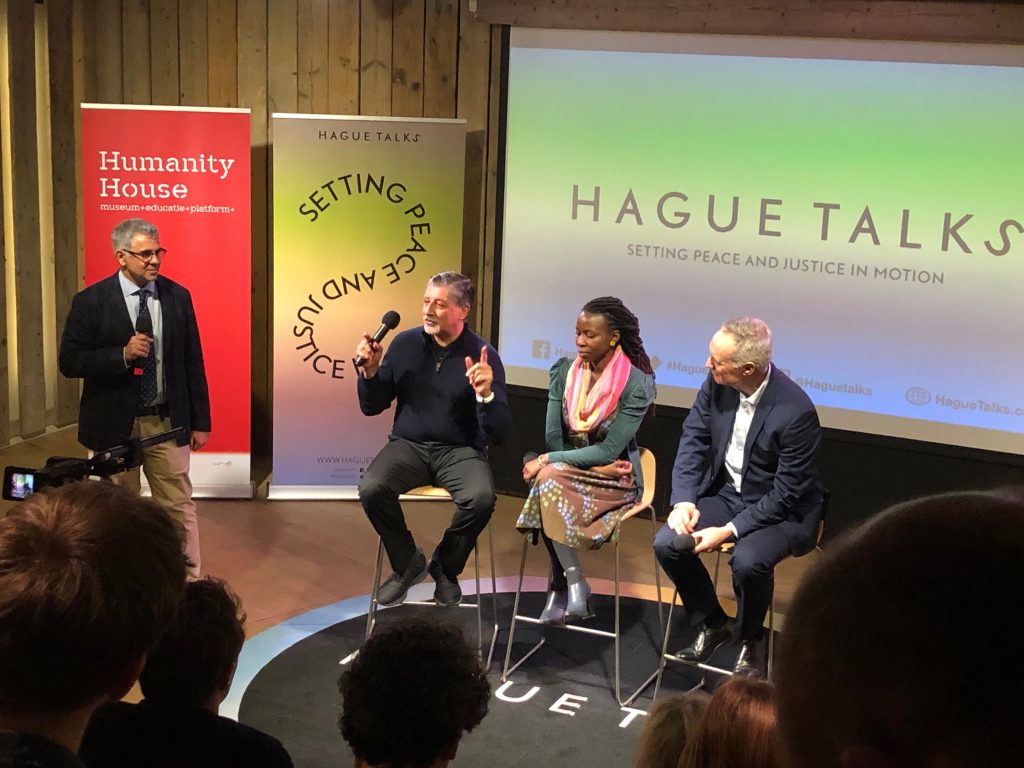 Published stories and social media posts from participating fellows drove more conversation, underscoring the unique perspective that journalists bring to these high-level policy discussions on a complex challenge that has global and more localized implications.

Thank you Malian medias attending the Planetary security initiative in The Hague. Thanks to you Malians and other people who are listening to you and reading your newspapers will be aware of Malian challenges and solutions on climate change and conflict mgt .