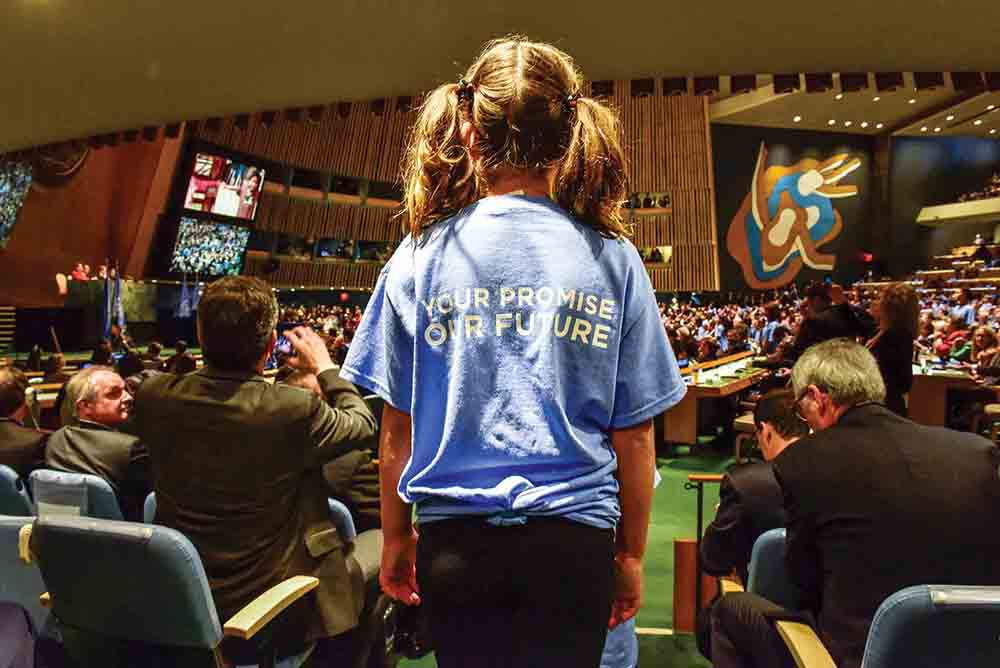 High tide is coming too close for comfort in the Marshall Islands these days. In Ethiopia, drought threatens the livelihoods (and lives) of millions. In the Philippines, increasingly strong typhoons are blasting ashore, leaving death and destruction in their wake.

All three nations are part of the Climate Vulnerable Forum (CVF), a group of 48 countries formed in 2009 that advocates for ambitious climate action. The organization’s efforts were key to the adoption of the 2015 Paris Agreement, which set a target to limit global temperature increases to just 1.5°C above preindustrial levels.

A recent study by scientists from all over the world, commissioned by the UN-affiliated Intergovernmental Panel on Climate Change (IPCC) confirmed that there is still time to limit warming to 1.5°C—but not much. And to remain below the limit, a vast global effort is necessary.

The 1.5°C target is especially critical to CVF members. Models have shown that warming that exceeds that limit would be catastrophic to inhabitants of these countries, and for some, their survival is at stake. For example, according to an IPCC report, as well as the 2016 Low Carbon Monitor report by the CVF and the United Nations Development Programme, several island countries, such as the Maldives, Fiji, Kiribati, Tuvalu, Vanuatu, and the Marshall Islands, would become uninhabitable if temperatures rose much past 1.5°C. Coral reefs would disappear. Crops such as wheat and rice, critical to the economies and health of the citizens of states such as Vietnam, Pakistan, and Morocco, would be at risk.

In September 2018, at the Global Climate Action Summit in San Francisco, CVF members highlighted the actions they are taking to limit warming to 1.5°C. For instance, Costa Rica announced an aggressive plan to eliminate gasoline and diesel from transportation by 2021. And in October, at New York City’s Climate Week, the Marshall Islands unveiled its strategy to get to net zero carbon emissions by 2050.

On November 22, the CVF will hold an online summit to highlight enhanced commitments to the 1.5°C target, with the most climate vulnerable countries pushing for even more-ambitious action. Outcomes will partly inspire national commitments made at the 24th Session of the Conference of the Parties to the United Nations Framework Convention on Climate Change (COP24), which takes place in early December in Katowice, Poland. And the momentum from that event will culminate in the UN secretary-general’s Climate Summit in New York in September 2019.

As the IPCC report made clear, time is running out to meet the 1.5°C goal, and these convenings aim to keep the pressure on governments to do more.

The Role of Women

Not only is the CVF summit the first zero-carbon, online gathering of heads of state, but it also emphasizes the role women are playing in climate action. According to UN statistics, 80 percent of those displaced by climate change are women, owing to the disproportionate rate of poverty along gender lines. Their role as the traditional providers of food and fuel leaves them even more vulnerable to the effects of flooding and drought.

Marshall Islands President Hilda Heine, who is leading the summit, said women “have proven to be the most effective agents of change.”

“The reality of gender and climate is that women are disproportionately affected by the impacts of climate change but are far less likely to be in power to cope because they have fewer resources such as power and access to finance and technology,” according to Heine. “A multitude of structural barriers means they are far less likely to take up positions of political power and decision making. The woman’s role in government in critical. Women are key activists protecting vital common resources and at the forefront of developing local climate solutions respecting and incorporating local knowledge.”

Because of this, Heine named several women leaders “summit champions.” Filmmaker Beth Murphy of Principle Films and the GroundTruth Project, who has been working with the Stanley [Center] to draw attention to the CVF and encourage participation in the Summit, talked with several of the women champions on September 14 at the Global Climate Action Summit in San Francisco, seeking their perspective on how women can uniquely help accelerate action on climate change.

“Women and girls are socialized to care,” said one of the champions, Winnie Byanyima, executive director of Oxfam International. “To take care of others. To take care of community. That comes in, in times of crisis, because you’re not thinking just of yourself. You’ve been raised to care for others. That’s why it’s so important that boys are also nurtured in the same way. Climate change—like all crises—is an opportunity for gender roles to be questioned and to shift. It shouldn’t have to be a woman’s burden.”

Rachel Kyte, chief executive officer (CEO) of Sustainable Energy for All and CVF summit champion cochair, agreed that women still play “the preponderance of the role of caregiving to elders and to children.”

“It’s visceral. This is my daughter’s life. This is my son’s life. And we will do everything we can to help each other to get this done,” Kyte said.

Laura Tuck, vice president for sustainable development at the World Bank and another of the champions, noted that there are “bad outcomes” when women are excluded from decision making and planning.

Another champion, Naoko Ishii, CEO of Global Environment Facility, agreed. “President Heine gave us good reasons for this coalition: Women are the ones on the frontlines. Women get things done.”

The Power of the Poorest

Tuck added that she has worked in development for almost 40 years “and some of the poorest countries’ hard-fought gains for development over the past decade are slipping through our fingers due to the effects of climate change.”

“The mission of the World Bank is to fight poverty, and we cannot fight poverty without fighting climate change,” Tuck said. “Some of the analytical work we have done showed that a hundred million more people could slip into poverty in 2030 if we don’t [act]. We have studies that show the most vulnerable economies could lose 6 percent GDP over the next few decades from the impacts of climate change.”

But what is exciting is that those from developing nations, like the Marshall Islands, are showing they can get things done when it comes to climate action, according to Byanyima. “The people who are facing the brunt of climate change are not lying down waiting for solutions from others. They are leading, they are acting. The world is seeing a pendulum shift.”

“Climate leadership is moving away from those who caused the problem—the rich powerful countries. Those facing the impacts are saying, ‘We can’t wait. We are stepping up, we’re going to mitigate, we’re going to lead, and you others follow us,’” Byanyima noted. 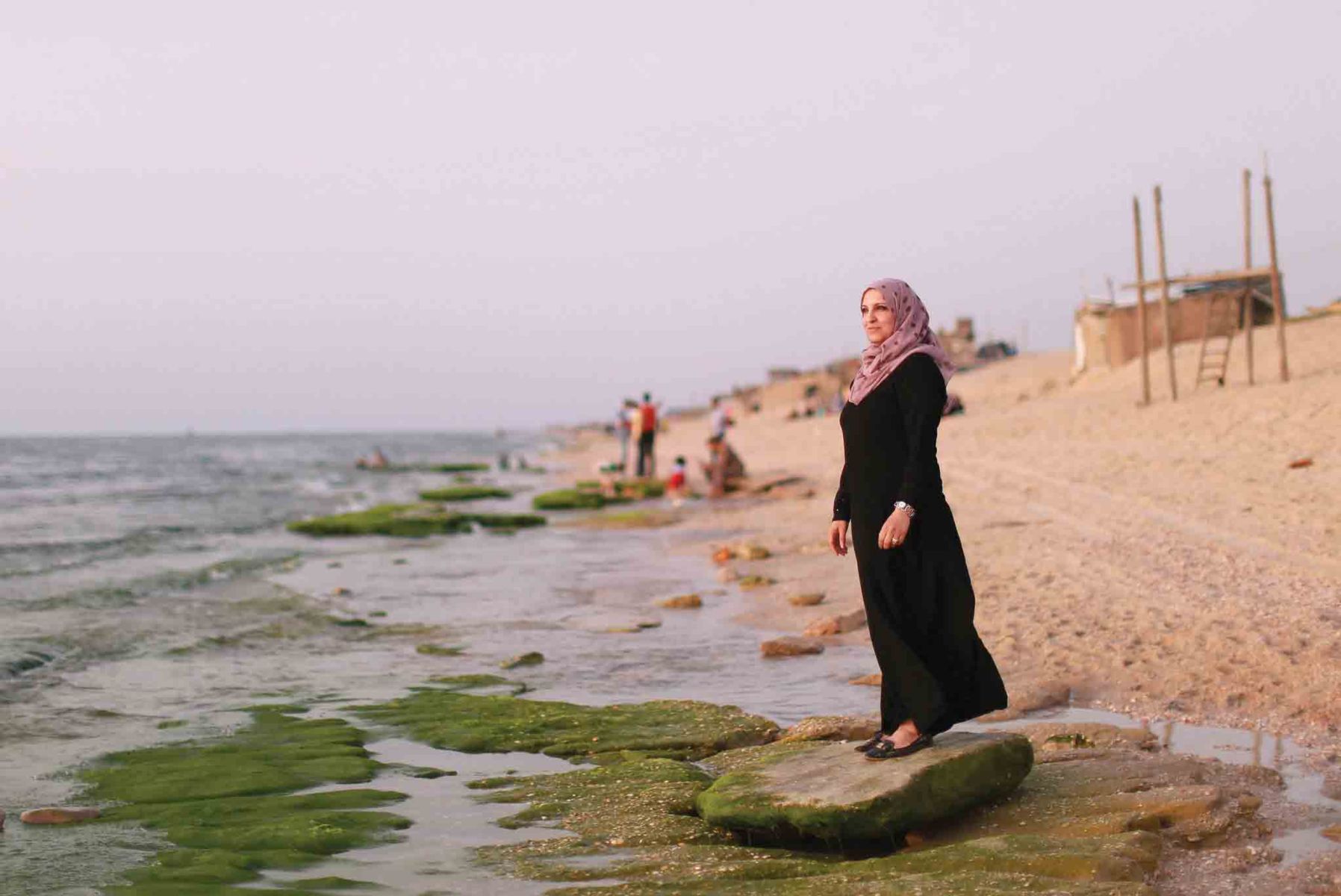 Hopes for the Summit

Kyte said her role as a champion is to help the CVF leaders “show up on the 21st and 22nd of November and say, ‘We’re committed.’

“There’s going to be a raising of ambition. Don’t just believe what we say, watch what we do,” Kyte challenged. “This is what leadership looks like. And our job as champions is to help them bring everybody else in line.”

Ishii pointed out that the summit champions also are trying to create awareness and a sense of urgency.

“Having it all virtual has never been done, so it makes us a little nervous. But we are committed to making it a success, and I think it will pave the way for other new ideas because it is innovative,” Ishii said.

Jennifer Morgan, executive director of Greenpeace International, shared her hope that the summit and the women leaders “can help bring what climate change really means to people into the hearts of leaders around the world.”

“This isn’t some political game domestically about which interest gets what. The actions of leaders around the globe are going to determine the future of these places and these people,” Morgan said. “And that’s what this summit is all about. It’s a call for urgency. It’s a call for action. Yes, there are things happening, but it’s just not enough. It’s not fast enough. It’s not big enough.”

But Heine assured that she, and her country, are up to the challenge.

“We hope to inspire the world about what each of us can do to combat climate change,” she said. “For the most vulnerable countries, this is really an opportunity for us to have a voice. It’s an opportunity for us to show the world how committed we are to fighting climate change. It’s important for other countries to show solidarity with vulnerable countries. It’s important for us to know that they hear us, that they are with us.”