“The armed conflict took so much from us,” one young farmer and communications activist told us, motioning at photographs of devastated avocado plantations on a sweltering July morning on Colombia’s Caribbean north coast.

Our group of international researchers was in El Carmen de Bolívar, the largest town in the Montes de María region, to meet with local media groups that are working to integrate environmental restoration into the peace process of this war-torn nation.

This area, long a Colombian hotbed for organized activism for the rights of small farmers, or campesinos, has also seen horrific violence. Since the 1970s, Montes de María has been host to numerous guerrilla groups and, later, paramilitary organizations.

Bombings, cross fire, and bloody massacres forced thousands to flee. According to the nongovernmental organization Oxfam, armed violence uprooted 269,000 Colombians annually from 2002 to 2010. At present, one in ten remains displaced.

Humans weren’t the only victims of Colombia’s five-decade armed conflict. In Caribbean Colombia, one of the most biodiverse regions in the world, nature was also deeply affected.

We could rattle off grim statistics like the fact that 46 percent of Colombia’s ecosystems are now at risk of collapse and that 92 percent of the tropical dry forests that are typical of the Montes de María region have already disappeared.

But survivors’ tales speak of deeper truths about how war fractures relationships between humans and their habitats. Farmers told us about a hundred-year-old ceiba tree in the village of La Cansona that still displays the scars of gunfire.

Soraya Bayuelo, the respected director of Línea 21 Communication Collective, recalled a large tamarind tree in Las Brisas to which a dozen men were tied and then decapitated in March 2000. The tree dried up after that, other activists added, and it only started blooming again after a government ceasefire with guerrillas went into effect.

The young farmers turned activists also remembered stories of how avocados­—long the economic engine of the region—came down from the mountains speckled in blood. 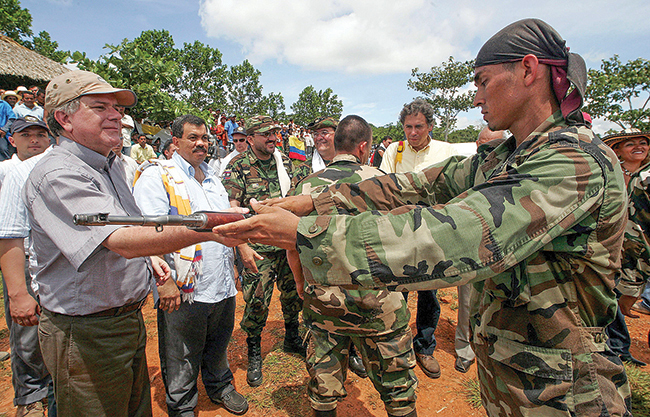 Conflict hurt agricultural production, too. An analysis by the Centre for Regional Economic Studies of the Banco de la República, Colombia’s central bank, found that avocado production in war-torn 1992 was fully 88.6 percent lower than in 2012, when the conflict had begun to cool.

More recently, a fungus has taken its toll. Over the past five years, as farmers began returning home from wherever they’d scattered, they found that a phytophthora pathogen had begun devastating the area’s avocado plantations.

Can a country heal if its land remains scarred? The farmers and activists we met in Montes de María said no, arguing that without environmental restoration there can be no social reparation.

Things are, however, slowly improving for Montes de María.

The mochuelo bird and the cotton-top Tamarin monkey, both of which had retreated or disappeared from the area, are also coming back, if slowly, much like the people displaced from their land. 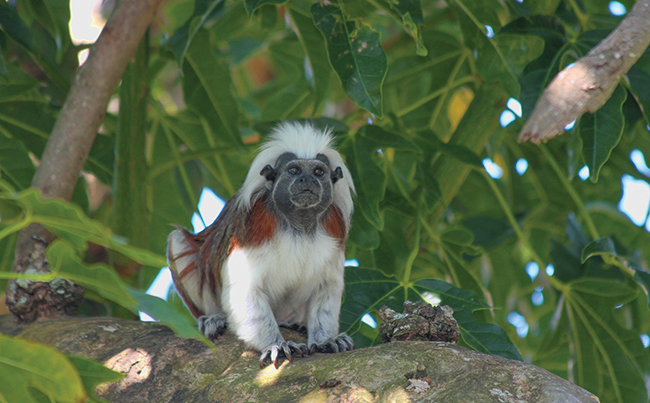 During our visit, El Carmen de Bolívar, birthplace of one of Colombia’s most celebrated musicians and composers, Lucho Bermudez, was preparing for a traditional music festival. Across town we heard strains of folk melodies—cumbia, porro, vallenato and fandango viejo—and saw people dancing in public squares.

That’s a sign of change. It’s been almost a year since Colombia first signed a peace agreement, and people are no longer afraid to be out and about.

Still, tensions have not totally disappeared. In the post-war period, environmental conflicts are emerging as the latest threat to the country’s fragile peace. 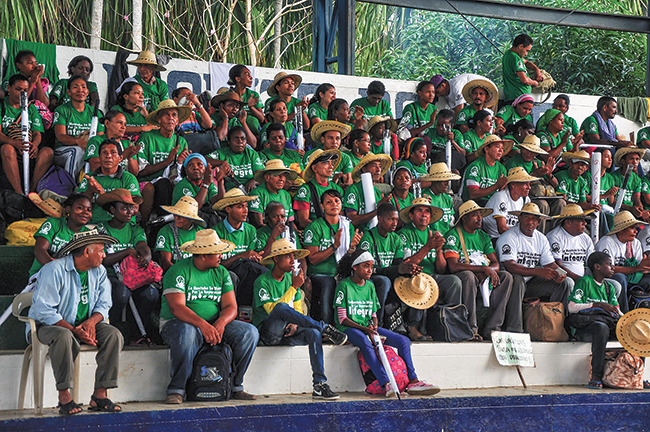 The young farmers’ collectives we met here, who are part of the community group Jóvenes Provocadores de Paz (Young Peacemakers), are testament to Colombia’s long tradition of citizen-media initiatives.

During the late stages of the conflict, such groups worked to restitch the country’s social fabric, developing a community-media network to keep people informed and reclaiming public spaces from guerrilla and paramilitary forces.

Today, organizations like Sembrandopaz (literally “sowing peace”), whose members are all conflict survivors, have turned their attention to the environment.

This group of farmers in their late teens and 20s has been photographically documenting various ecological restoration initiatives under way here, visually demonstrating why the Colombian peace process can only succeed if rural livelihoods are transformed and secured. 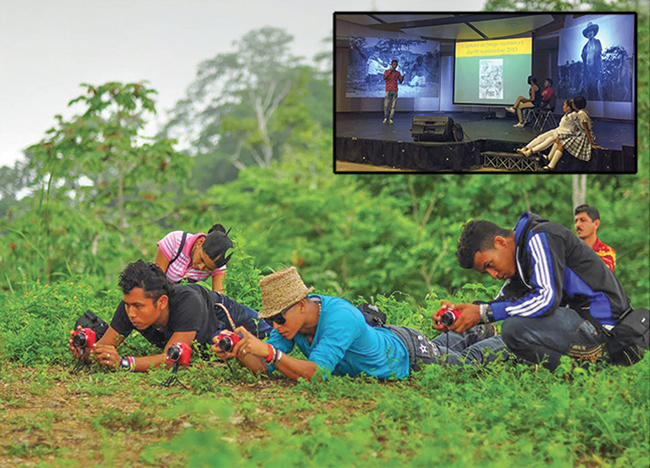 From the Caribbean coast to the Amazon forests, massive infrastructure projects are afoot in Colombia, bringing gold and coal mining, dams and highways to areas once too violent and remote for government investment.

Critics insist that natural resource extraction can’t pay for peace, warning that it will usher in flooding, land grabs, and exploitation of protected natural areas.

Proposed hydroelectric ventures have been met by massive protests, and the farmers we spoke with promised to continue mobilizing to protect their homesteads.

The 2016 peace agreement supports the protestors’ position that Colombia must rebuild both its social fabric and its environmental health, in theory at least. The accords explicitly state that a sustainable peace requires healthy ecosystems and the sustainable management of natural resources.

Under President Juan Manuel Santos, the government has earmarked significant funding for international partnerships in Montes de María and for environmental projects, particularly in the Amazon region.

But one study recently confirmed what people here already knew: these top-down projects have largely failed to integrate communities and respond to local needs, limiting their sustainability and potential for knowledge sharing.

In some ways, new environmental challenges seem as intractable as armed conflict, but community groups in Montes de María are doubling down on conservation, hoping to show Colombia a path forward.

Asociación Sembrando Semillas de Paz (The Sowing Seeds of Peace Association), better known as Sembrandopaz, is a nonprofit community organization dedicated to facilitating the construction of a culture of peacebuilding capacity among grassroots organizations, with the goal of supporting processes of integral and sustainable human development within the populations of the Caribbean region in Colombia.

This article originally ran in The Conversation.