How Green Banks Could Help Bridge the Climate Finance Gap

When the Paris Agreement on climate change was negotiated in 2015, its framers recognized that the finance sector would be key to implementation. More than three years later, compiling enough funds to back ambitious climate action continues to be a challenge. But one solution may lie in so-called green banks. A green bank is a public or nonprofit institution that provides low-cost, long-term financing to clean, low-carbon projects such as renewable energy ventures. A small amount of public funds are leveraged to attract a significant amount of private money.

“We need trillions of dollars for climate action, and for that we need to work ever more strongly with the private sector,” said Satya Tripathi, assistant secretary-general of the United Nations Environment Programme, during the 24th Conference of the Parties to the United Nations Framework Convention on Climate Change (COP24) held in Katowice, Poland, last December.

The private sector is often reluctant to invest in the green economy because of prevailing and perceived technology risks, high costs, and lack of a local track record, according to Bettina Bergoo, Green Finance Fellow at the Natural Resources Defense Council.

Green banks use public funds to remove these barriers to private investment by providing information on energy-saving potential, deploying financial products such as loan guarantees that absorb some risks, and coinvesting alongside private investors. Green banks typically mobilize between two and five times the public capital invested, she added. 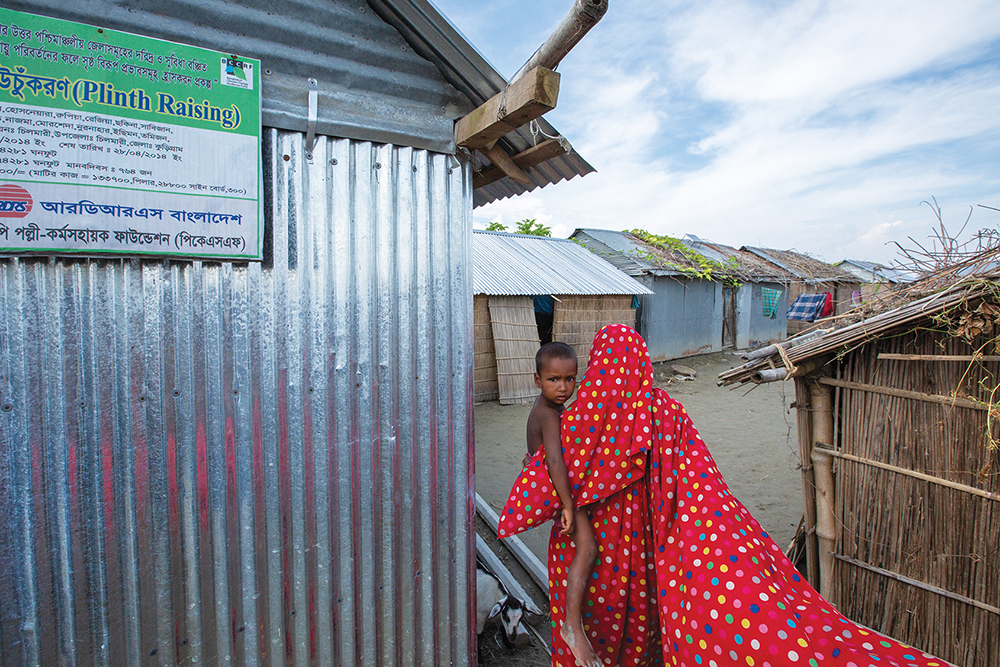 A Titanic Gap in Funding

The Paris Agreement contains a provision asking countries to scale up financial resources for climate action by $100 billion per year by 2020. During COP24, countries agreed to the Katowice Climate Package, which includes guidelines for establishing new targets on climate finance from 2025 on.

Countries and institutions also made several, more immediate climate-finance pledges at COP24, such as the World Bank’s commitment of $40 billion per year from 2021–2025 to its climate investment program. Major international climate funds such as the UN Green Climate Fund (GCF) received national pledges from Norway of $516 million and from Germany of $1.7 billion—each double the countries’ previous pledges. Germany also committed nearly $80 million to the Adaptation Fund, and the United Kingdom announced a $130 million-plus increase in funding for renewable energy projects in sub-Saharan Africa. An additional $129 million in pledges came from other nations. While these figures and future pledges may appear impressive, they remain well below the $100 billion target for 2020, especially given urgent near-term needs for adaptation financing. 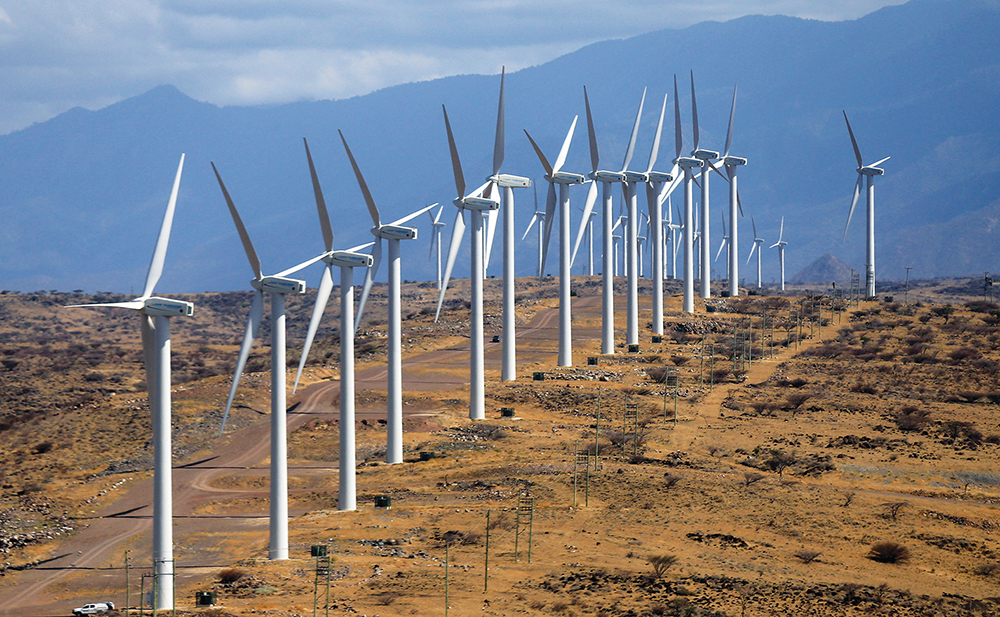 In addition to utilizing international climate finance from bilateral donors and global funds like GCF, climate-vulnerable countries are investing a significant portion of their public finance on combating the impacts of climate change. Bangladesh, for instance, spends 1 percent of its gross domestic product on climate interventions. The country has set up a climate change trust fund and has dedicated hundreds of millions of dollars in domestic funds to fighting climate change. But the demand for funds far exceeds available climate financing. Recognizing this titanic gap in funding, governments and international climate funds have become increasingly interested in engaging the private sector in climate action by using public funds to leverage private capital investment in climate change projects.

“Companies have been internalizing profits and externalizing losses but should measure their externalities and self-regulate,” Tripathi said. “We need to find the resolute courage within us to behave responsibly.”

Globally, private sector investors—including individuals, private equity firms, pension funds, insurance companies, and sovereign wealth funds—manage trillions of dollars’ worth of assets. But while such private capital exists, it is not going to the right channels, such as climate resilience infrastructure in emerging markets. If these resources can be innovatively channeled to develop climate change projects, that would take care of the climate financing gap. The key question now for the global community is how to unlock these trillions in private capital, and green banks may be part of the answer.

In the United States, green banks have been created at the state and local levels. Connecticut Green Bank, established in 2011, was the first. In 2015, Montgomery County, Maryland, was the first local jurisdiction in the United States to create a green bank. New York Green Bank has quickly become the country’s largest. These entities help address gaps in local financing for clean energy projects by providing low-interest loans for solar installations targeted to low-income households. Connecticut Green Bank’s Solar for All program and New York Green Bank’s support of community solar projects in New York State are two such programs. Australia, Japan, Malaysia, and the United Kingdom have also formed national green banks to leverage private investment in clean energy, and globally, green banks have driven approximately $30 billion in clean energy investment.

On a different scale, green banks can make cornerstone investments in green funds that attract other investors, as Australia’s Clean Energy Finance Corporation did when it made a cornerstone equity commitment in the Palisade Renewable Energy Fund, which allows midtier investors that have historically lacked sufficient scalability to be direct investors in large-scale renewable energy projects. Green banks are also well suited to invest in demonstration projects involving new technologies, as Clean Energy Finance Corporation did in Australia’s first fully integrated wind, solar, and battery project. 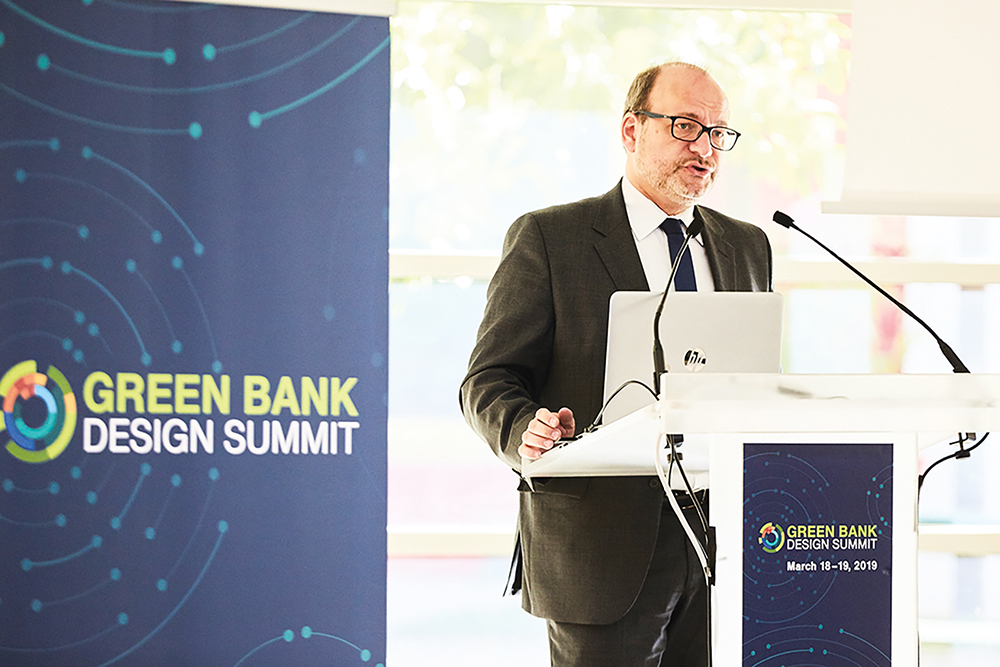 “We are seeing a lot of interest in green banks in emerging markets and developing economies, as indicated by the high degree of interest in attending the Green Bank Design Summit,” said Bergoo. The first-of-its-kind summit, held March 18–19 in Paris, was intended for those interested in setting up green finance institutions in emerging markets and focused on the design and operation of green banks.

One key challenge to mobilizing private funds is the small size of clean energy projects, for example, rooftop solar panels for homes. The investments may not be cost effective and are expensive to underwrite. 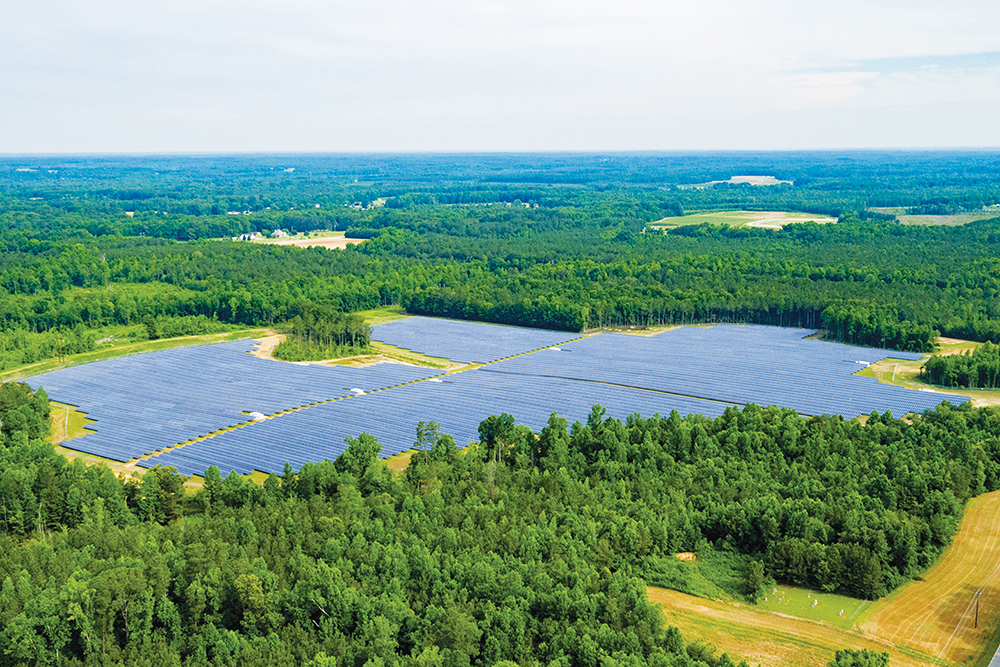 “There is a lot of talk about moving away from project-by-project finance and supporting systemic-level transformation, but we don’t see that happening yet,” said Angela Whitney, who leads Rocky Mountain Institute’s work on green investment banks as the manager of global climate finance.

Large-scale investors such as sovereign funds are usually not interested in investing in small, decentralized, geographically dispersed projects because of higher administrative and transactional costs compared to investing in larger projects. Aggregating several small projects is therefore critical and is what green banks can do. A good example is the Connecticut Green Bank’s work on aggregation of commercial energy efficiency projects, Whitney said.

“They bundled a bunch of energy efficiency loans for buildings to diversify risks and attain scale and were able to package that and sell the debt to an investor,” Whitney said.

Currency risks in developing nations is another key issue in mobilizing private funds for climate interventions, as private institutions are hesitant to invest in foreign currencies that are unreliable. So the option of a currency-hedging facility needs to be explored by green banks and may be a challenge they can mitigate, according to Whitney.

Another issue with mobilizing private sector funding for climate action is the long debt tenure.

“Oftentimes private investors want a very short payback period, but energy efficiency and solar projects take time [to be profitable]. So, aligning the debt tenure is something green banks can do” to mitigate that barrier, Whitney said.

In September 2019, UN Secretary-General Antonio Guterres will convene a special summit on climate change to reiterate the need for more-ambitious climate action, including solutions for climate finance. The role of green banks will be in the spotlight.

Pursuing efforts to limit climate change to 1.5°C above preindustrial levels as called for in the Paris Agreement requires solving the climate finance gap. The public and private sectors must unite to explore every potential pathway for reaching that goal and together implement the best opportunities. Green banks are one potential catalyst for that cooperation.

Sohara Mehroze Shachi is a freelance journalist based in Bangladesh. She is a graduate of Yale University and her work primarily focuses on climate change and environmental issues and has appeared in DW, OpenDemocracy, IPS, the Huffington Post, Undark Magazine, Reuters, and other outlets.

The Stanley Center’s work on climate change policy examines and advances collective action for safe pathways that limit global warming to 1.5°C above preindustrial levels. The center is pleased to have taken part in the Green Bank Design Summit and will continue to champion this kind of innovative, impactful activity.

Now Is the Time: Early Fossil Fuel Displacement in South and Southeast Asia

The Four Ds of Oil’s Just Transition
View All

Roadmap to Land Use and Food Systems Transformation

Healthy and Ambitious NDCs in 2020—Virtual Introduction
View All